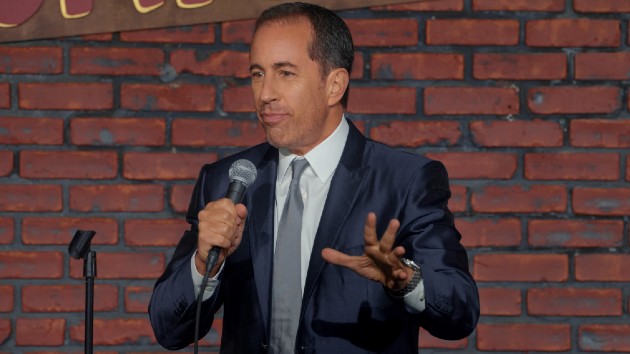 (NEW YORK) — It looks like we’re all still going to be self-isolating this time next month.  The good news: Netflix has just given us something to look forward to.

The hour-long special was filmed at the historic Beacon Theatre in New York City — which is, incidentally, just a short walk from the comedian’s home.

Seinfeld is just one of the comics who inked massive deals with Netflix, along with Dave Chappelle and Chris Rock. Jerry’s first special for the streaming giant, Jerry Before Seinfeld, debuted in 2017.

Additionally, Seinfeld’s docuseries Comedians in Cars Getting Coffee, which originally streamed on Crackle, is also on Netflix.  And in 2021, the entire run of his classic eponymous sitcom, Seinfeld, will also be available on the streaming giant.