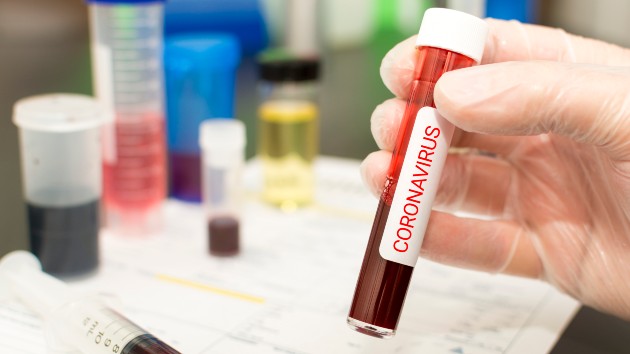 (NEW YORK) — The global novel coronavirus death toll has climbed to over 97,000, including at least 16,686 people who lost their lives in the United States. In the U.S., over 466,000 people have been diagnosed with COVID-19, the disease caused by the new respiratory virus, according to data compiled by the Center for Systems Science and Engineering at Johns Hopkins University. With the U.S. death toll over 16,000, the virus has killed more people in a matter of months than those who died in recent years from homicide, according to FBI data. Worldwide, more than 1.6 million people have been diagnosed since the virus emerged in China in December. The actual numbers are believed to be much higher due to testing shortages, many unreported cases and suspicions that some governments are hiding the scope of their nations’ outbreaks. Here’s how the news is developing Friday. All times Eastern:

9 a.m.: Amid racial disparity, Cuomo says ‘let’s learn from this moment’In New York, the state hit hardest by the pandemic, Gov. Andrew Cuomo thinks “we’re on what they call the plateau, as opposed to the apex.” “The hospitalization rate is down. The number of new people coming into the hospitals is down,” Cuomo told ABC News’ Good Morning America anchor Michael Strahan Friday. “It’s making it easier for the emergency rooms to deal with this because they’re at overcapacity to begin with. “In New York state, over 160,000 people have been diagnosed with COVID-19 — that’s more than any other state in the U.S. and country in the world. The virus has claimed 7,000 lives in New York.”The terrible news is the death toll is going up. And I understand the logic to that,” Cuomo said. “These are people who came into the hospital a couple of weeks ago, they didn’t recover, they were put on ventilators and once you’re on a ventilator, the longer you’re on a ventilator, the worse it gets.” He continued, “The whole system is overcapacity, but we built in some relief valves. We have a 2500-bed capacity at the Javits Center [in Manhattan] that we did with the federal government and the military. We have the U.S. Navy ship Comfort [in Manhattan] which has 500 beds available as an overflow.”As preliminary data showed the largest percentage of coronavirus deaths in New York City was among Hispanics, the governor on Wednesday called for more testing in minority communities. Hispanics accounted for 34% of COVID-19 deaths though they make up 29% of the population. African-Americans made up 28% of the deaths and 22% of New York City’s population. “Are we shocked that the rates are higher in the African-American/Latino community? We shouldn’t be, Michael, if we’re being honest,” Cuomo told GMA. “We know that there’s inequality in the health care system. We know that the poorer communities often pay the highest price for these types of emergency situations because they’re really just bringing to light that systemic racism and discrimination in the system.” “There has to be some lesson that we take from this,” he said.

5:35 a.m.: IMF anticipates worst economic fallout since the Great DepressionIn a preview of its World Economic Outlook event next week, the International Monetary Fund says the world should be prepared for the worst economic fallout since the Great Depression due to the novel coronavirus.”Today we are confronted with a crisis like no other. COVID-19 has disrupted our social and economic order at lightning speed and on a scale that we have not seen in living memory,” Kristalina Georgieva, IMF managing director, said in a statement Thursday.Three months ago, the IMF said it expected at least 160 countries would see positive per capita income growth in 2020. As of Thursday, the organization now predicts over 170 countries will experience negative per capita income growth this year.”The bleak outlook applies to advanced and developing economies alike. This crisis knows no boundaries. Everybody hurts,” Georgieva said. “In fact, we anticipate the worst economic fallout since the Great Depression.”In the U.S., more than 16 million people have filed for unemployment insurance in just three weeks, according to data released Thursday by the U.S. Department of Labor.The 2020 World Economic Outlook event is scheduled for Tuesday, April 14.

4:25 a.m.: FDA, FTC send warning to InfowarsThe Food and Drug Administration, along with the Federal Trade Commission has sent a notice to Alex Jones’ Infowars website to stop selling products it claims can help “mitigate, prevent, treat, diagnose, or cure COVID-19.”Officials not only warned against selling alleged treatments for coronavirus, but it also asked consumers not to use the products since none are approved by the FDA to treat COVID-19.Among the items the FDA said the conspiracy theory website was selling include, “Superblue Silver Immune Gargle,” “SuperSilver Whitening Toothpaste,” “SuperSilver Wound Dressing Gel” and “Superblue Fluoride Free Toothpaste.” The products were sold on the website and promoted on Infowars videos, the FTC letter said.The FDA has sent 26 warning letters to companies and organizations claiming to have COVID-19 treatments since March 6. Of those, 14 have been labeled as corrected.While there are trials running across the world, there is no known treatments or vaccines to cure or prevent COVID-19. Copyright © 2020, ABC Audio. All rights reserved.