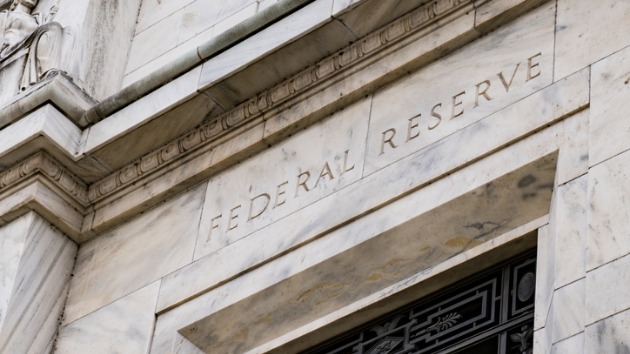 (WASHINGTON) — The Federal Reserve has announced a $600 billion lending initiative designed for mid-sized businesses to ensure the easy flow of credit through the newly unveiled Main Street Lending program as part of a $2.3 trillion funding effort to minimize the financial impact of the coronavirus.The Fed is offering four-year loans to companies employing up to 10,000 workers and with revenues of less than $2.5 billion per year. The terms of those loans will also permit principal and interest payments to be deferred for a year.”Our country’s highest priority must be to address this public health crisis, providing care for the ill and limiting the further spread of the virus,” Fed Chair Jerome Powell said in Thursday’s announcement. “The Fed’s role is to provide as much relief and stability as we can during this period of constrained economic activity, and our actions today will help ensure that the eventual recovery is as vigorous as possible.”The Main Street Lending Program funds are slated to come through the nation’s top banks, which still require an application for those loans.There’s no data yet as to how large those loans will be and whether their limitations will be similar to the Paycheck Protection Program.The Federal Reserve’s action today was well received by the U.S. stock market, which immediately rallied at the news. European markets closed higher ahead of the long Easter weekend.The Fed’s move marks a stark contrast to the response of the central bank to the 2008 financial crisis, as quantitative easing was seen as too partial to the big banks and Wall Street, as opposed to the American public.The Treasury Department on Tuesday asked Congress for $250 billion in additional funding for small business loans, which Congress is expected to vote on in the coming days.“We want to assure everybody, if you don’t get a loan this week, you’ll get a loan next week or the following week,” said Treasury Secretary Steven Mnuchin in an interview with CNBC. “The money will be there.”Banks, however, are struggling to keep up with the demand to assist thousands of small businesses vying for billions in government-funded loans.Concerns grew that Wells Fargo would stop issuing loans until the Fed stepped in and said it would ease restrictions on its overall assets. Wells Fargo came under fire from the Fed in 2018 for creating millions of illegitimate bank accounts without the knowledge of their customers.As a punitive measure, the Federal Reserve ordered Wells Fargo to keep its overall assets capped to $1.95 trillion in 2018, until it improved its overall banking operations.“Due to the extraordinary disruptions from the coronavirus, the Federal Reserve Board on Wednesday announced that it will temporarily and narrowly modify the growth restriction on Wells Fargo so that it can provide additional support to small businesses,” the Fed said in a statement.Citibank, which earlier in the week said it was not accepting loan applications, said today in a statement that it “will be reaching out to existing Citi Small Business Banking clients in phases” to begin the process.Amid all the conversation regarding loans, focus now turns to the status of an additional coronavirus stimulus package.“In the situation we face today, many borrowers will benefit from these programs, as will the overall economy,” said Powell in a webinar with the Brookings Institution. “But there will be entities of various kinds that need direct fiscal support rather than a loan they would struggle to repay.”Copyright © 2020, ABC Audio. All rights reserved.