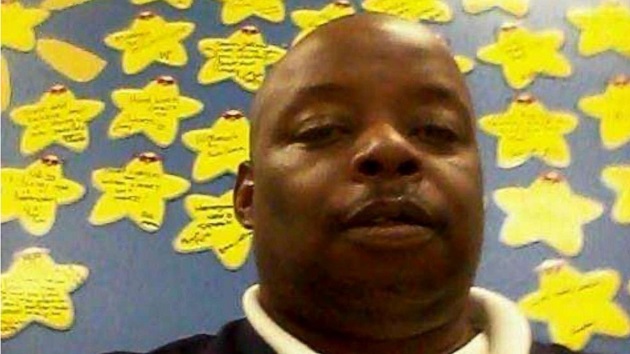 (CHICAGO) — A relative of a Walmart employee in Illinois who died from COVID-19 complications filed a wrongful death lawsuit against the retail giant, alleging the store did not do enough to protect employees from the novel coronavirus.Wando Evans, who worked at a Walmart store in Evergreen Park for 15 years, was found dead in his home on March 25. He had first mentioned symptoms consistent with the novel coronavirus to management at his store two weeks prior but was largely ignored, according to court documents filed Tuesday in Cook County Circuit Court.Evans, who worked overnights in stock and maintenance at Walmart, was sent home by store management on March 23, and then found dead just two days later. He was 51.The lawsuit alleges Walmart was negligent in, among other things, failing to implement, promote and enforce social distancing guidelines and that it failed to cleanse and sanitize the store in order to prevent the spread of COVID-19.The suit also alleges the store failed to provide personal protective equipment such as masks, latex gloves and even antibacterial soaps or wipes to employees. Another employee at the same store passed away on March 29 also due to complications related to COVID-19, according to the complaint.”The Centers for Disease Control (CDC) has designated Walmart stores as ‘high-volume retailers,’ making them responsible for taking additional precautions to protect employees and customers from the spread of COVID-19,” Tony Kalogerakos, the attorney for the family of Evans, said in a statement.”At a minimum, they were responsible for notifying store workers that a colleague had symptoms consistent with COVID-19, providing their employees personal protective equipment such as masks and latex gloves, implementing social distancing, and sending exposed employees’ home until cleared by medical professionals,” he said.His firm is also requesting an Occupational Safety and Health Administration (OSHA) investigation into Walmart’s actions, Kalogerakos added.Kalogerakos said Evans’ family contacted his office only after they began receiving calls from his former co-workers. “It wasn’t until they learned about his death that they knew he had symptoms,” Kalogerakos said.”They urged the family to take action to prevent this from happening to someone else,” he added.On March 31, Walmart announced a slew of new safety measures for employees, including temperature checks.A Walmart spokesman declined to comment on the pending litigation, but said the company was “heartbroken” over the deaths and had implemented new safety and sanitizing measures at all stores amid the coronavirus pandemic.”We are heartbroken at the passing of two associates at our Evergreen Park store and we are mourning along with their families,” the spokesperson said in a statement.”While neither associate had been at the store in more than a week, we took action to reinforce our cleaning and sanitizing measures, which include a deep-cleaning of key areas. Within the last week, the store passed a third-party safety and environmental compliance assessment as well as a health department inspection,” the statement said. “As an extra precaution, we brought in an outside company to further clean and sanitize all high-touch surfaces in the store, which included the decontamination of front entrances, carts, registers and bathrooms, as well as food areas including produce and meat.”The statement added that the company has taken extra steps across the country to protect associates and customers, “including additional cleaning measures, installing sneeze guards at registers, placing social distancing decals on the floors and limiting the number of customers in a store at a given time.”The company will also take steps such as screening associates, conducting temperature checks and providing masks and gloves for associates who wish to use them.The statement continued: “We take this issue seriously and will respond with the court once we have been served with the complaint.”The legal action against Walmart comes as a handful of employees elsewhere in the retail sector have pressed for more protections as newly classified “essential workers” amid the crisis.

Cleared of wrongdoing for Kansas trips, Pompeo turns to attack Dem requesting probe
Lake of the Ozarks Memorial Day partygoer tests positive for COVID-19
Veterinarian, a COVID-19 survivor, on trying to care for pets, her staff and herself
Wife of Derek Chauvin, officer charged with murder in George Floyd’s death, files for divorce
PA continues phased reopening with 16 more counties set to go green on June 5
Doctor warns there could be 100,000 more American COVID-19 deaths by Labor Day, but models vary widely