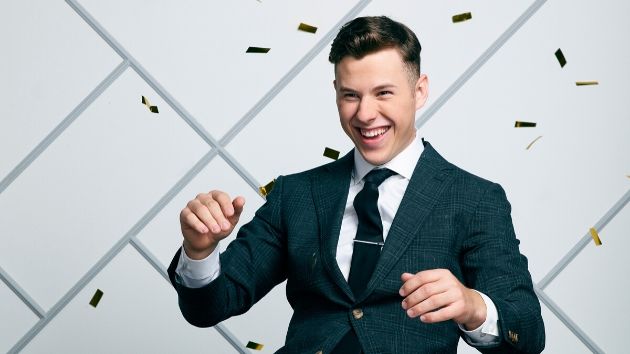 (LOS ANGELES) — Hard to believe that after spending a remarkable 11 seasons on air, Modern Family ends Wednesday night.  The sitcom has left an indelible mark in television since it first aired in 2009, scoring a whopping five Emmys for best comedy.

Actor Nolan Gould, who has been an integral part of the show since he was 10, spoke to ABC Audio about what the past 11 years have been like and, more importantly, what he’s learned from the decade-long experience.

“The cast crew will forever be part of my life and the experiences and the memories,” Gould gushed.  “It’s changed me, like, to the core.”

Beyond missing his fellow co-stars and crew members, there is something — above all else — that he is going to miss dearly.

“Free Food. Free food is pretty awesome. I’ve made out like a bandit over the years,” he laughed before admitting that he shamelessly took advantage of it.

“Sometimes, like, I bring Tupperware in with me and like, you know, we have leftovers. Like I bring it home with me,” he explained with a smile.  “That’s great, especially as a young man, 21 years old, that’s how I survive.”

Free food aside, saying goodbye to Modern Family is sentimental and bittersweet for Gould.  He also finds it a little terrifying. “I’m going to be unemployed for the first time in eleven years,” the 21-year-old confessed.

Thankfully, he’s been saving his paychecks and plans to use those funds to help him secure his next step in his acting career. But, he’s still keeping his options open and isn’t above a shameless plug.

“I’ve got some resumes if you guys know anybody passing out. Keep an ear to the ground for me,” he joked.

Cleared of wrongdoing for Kansas trips, Pompeo turns to attack Dem requesting probe
Trump appoints Conair heir who promoted conspiracy theories to head US consulate in Bermuda
Lake of the Ozarks Memorial Day partygoer tests positive for COVID-19
Veterinarian, a COVID-19 survivor, on trying to care for pets, her staff and herself
Wife of Derek Chauvin, officer charged with murder in George Floyd’s death, files for divorce
Derek Chauvin had his knee on George Floyd’s neck for nearly 9 minutes, complaint says