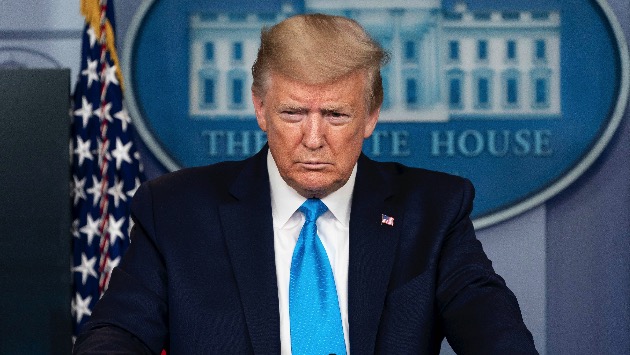 (WASHINGTON) — As the U.S. death tolls nears 15,000, President Donald Trump continues to try to shift blame for his response to the coronavirus crisis, lashing out at the World Health Organization, claiming the United Nations agency got “every aspect” of the outbreak wrong, and threatened to put a hold on U.S. funding amid the ongoing pandemic.As Trump’s GOP allies like Sen. Lindsey Graham and Fox News hosts pushed that narrative, newly-surfaced documents reveal the White House was warned of the deadly pathogen — and its potential to cost the economy trillions and to claim half a million American lives — even before the president’s travel ban on China which he continues to tout.With the U.S. death toll climbing and markets crashing, Democratic leaders said Wednesday they are seeking to double the $250 billion in funding the Trump administration proposed Tuesday for small businesses, adding aid to hospitals and local governments, among other benefits, to the interim relief package.The CDC also plans to release guidance Wednesday that could allow people who have been close to positive COVID-19 individuals — but remain asymptomatic — to return to work, Vice President Mike Pence said at Tuesday’s White House briefing, after the president for weeks has emphasized that the U.S. wasn’t built to be shut down.Here are the latest developments in the government response:Trump notes Americans must celebrate Passover and Easter amid the crisis