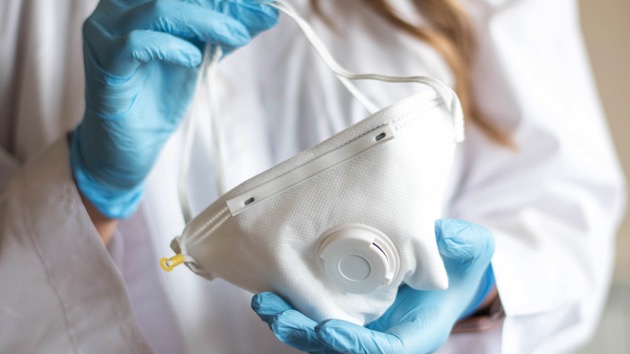 (WASHINGTON) — As the U.S. faces shortages of critical medical supplies like N95 respirator masks and other personal protective equipment, or PPE, allegations have swirled that U.S. officials are seizing shipments or using other sketchy tactics to secure stockpiles — prompting swift denials in some cases, but diplomatic moves to reassure allies in others.President Donald Trump directed one U.S. manufacturer to cease exports of certain supplies needed to fight the coronavirus, with the company agreeing to comply but warning it could prompt retaliation and ultimately worsen shortages in the U.S.”Right now, given the great need for PPE in our own country, our focus will be on keeping critical medical items in the United States until demand is met here,” Secretary of State Mike Pompeo said Tuesday.In particular, the accusations have revealed some sharp divides between the U.S. and key Western allies that have been exacerbated during Trump’s presidency and the growing every-country-for-itself mentality around the world amid dire shortages that has fueled distrust. But a State Department spokesperson told ABC News the U.S. is “working in solidarity with our partners and allies” and appeared to blame “unsourced, unattributed disinformation campaigns” for “pervasive attempts to divide international efforts.”In France, regional officials, including the presidents of the Paris and Grand Est regional councils, said Americans paid cash on airport tarmacs to secure masks shipped from China to France.”On the tarmac, the Americans arrive, take out cash, and pay three or four times more for the orders we have made, so we really have to fight,” Grand Est president Jean Rottner told RTL, a French radio broadcaster.But the U.S. embassy in Paris forcefully denied any efforts: “The United States government has not purchased any masks intended for delivery from China to France. Reports to the contrary are completely false.”In Germany, a senior Berlin official specifically accused the U.S. on Friday of confiscating 200,000 masks that were in transit from a manufacturer in China to Berlin through Bangkok, Thailand.”We view this as an act of modern piracy,” said Andreas Geisel, interior minister of Berlin’s city government. “Such wild west methods can’t dominate, even in a time of global crisis.”Trump called the accusation “fake news” in a tweet Saturday.The U.S. manufacturer 3M, one of the world’s leading producers of N95 respirator masks, denied that it had an order of masks from Berlin’s government or that any PPE was seized and diverted by U.S. authorities. It offered to work with German law enforcement to investigate what is said may be “fraudulent activity.”But a Berlin government spokesperson said the shipment was not from 3M, but a German medical supplier. Geisel doubled down on Monday, telling German television broadcaster ZDF that the masks ended up in the U.S., without providing evidence.A State Department spokesperson told ABC News Tuesday that the administration is “working through appropriate channels to purchase excess supplies from other nations to meet our needs,” but denied any U.S. knowledge of a shipment to Germany.”The U.S. government has been clear that we will take action against price-gouging and pandemic profiteering, and we take seriously incidents that are reported to us for action. We remain concerned about pervasive attempts to divide international efforts through unsourced, unattributed disinformation campaigns,” they added.Elsewhere, however, the U.S. government has taken extraordinary steps to secure stockpiles of medical supplies, particularly after Trump invoked the Defense Production Act last week and ordered 3M to stop exporting N95 respirator masks to Canada and Latin America. The DPA gives the president broad powers to direct industrial production during emergencies and push private companies to meet domestic need.Hours after Trump’s order for 3M to halt exports, the manufacturer said it would comply, but warned of “significant humanitarian implications” as health care workers in many Western Hemisphere countries have no other source for protective masks.”Ceasing all export of respirators produced in the United States would likely cause other countries to retaliate and do the same, as some have already done. If that were to occur, the net number of respirators being made available to the United States would actually decrease,” 3M added in the statement Friday.With a Canadian government order for three million masks from 3M halted from crossing the border, according to Ontario premier Doug Ford, the Canadian government stepped in. Prime Minister Justin Trudeau said Friday, “It would be a mistake to create blockages or reduce the amount of back-and-forth trade of essential goods and services, including medical goods, across our border, and that is the point we’re making very clearly to the American administration right now.”Pompeo spoke to his Canadian counterpart, Foreign Minister Francois-Philippe Champagne, Monday, telling him the U.S. wants to “work with Canada to ensure the viability of international supply chains for crucial medical supplies and personnel, while also meeting the needs of regions with the most severe outbreaks,” per his spokesperson.After the call, it seems a compromise was reached, with Trudeau saying Tuesday that 500,000 masks will be delivered to Ontario this week and describing the call Monday as “productive and positive.”In a statement Monday, 3M said it reached an agreement with the Trump administration to “continue sending U.S. produced respirators to Canada and Latin America, where 3M is the primary source of supply,” but did not offer any specific figures.The manufacturer will also combat the dire shortages in the U.S. by importing up to importing 166.5 million masks over the next three months from China and producing 35 million more domestically, it added. Copyright © 2020, ABC Audio. All rights reserved.

The history of the phrase ‘when the looting starts, the shooting starts’ used by Trump
Trump announces China sanctions over Hong Kong, termination of WHO relationship
Julianne Hough and Brooks Laich announce separation after almost three years of marriage
Rapper G Herbo opens up about PTSD to address ‘mental illness war zone’ in Chicago
Cancelled FastPass and dining reservations: What to know about the Disney reopening
‘Fuller House’ star Candace Cameron Bure teases “many surprise faces” in final episodes