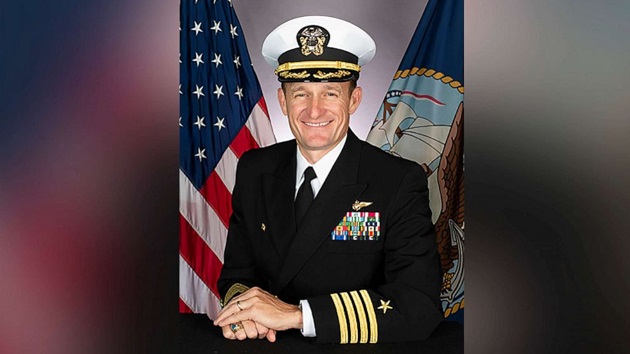 (WASHINGTON) — Acting Secretary of the Navy Thomas Modly submitted his resignation on Tuesday morning and Defense Secretary Mark Esper said on Twitter that he’d accepted the resignation and nominated Under Secretary of the Army James McPherson to be his replacement.Modly resigned Tuesday morning following his controversial remarks to the crew of the aircraft carrier USS Theodore Roosevelt about their fired captain, where he labeled him “too naive’ and “too stupid.”Esper wrote in his statement on Twitter Tuesday afternoon that Modly “resigned on his own accord, putting the Navy and the Sailors above self so that the U.S.S. Theodore Roosevelt, and the Navy as an institution, can move forward.”

This morning I accepted Secretary Modly's resignation. With the approval of the President, I am appointing current Army Undersecretary Jim McPherson as acting Secretary of the Navy. pic.twitter.com/FvfgOwuXw4

The defense secretary also said that he spoke with President Donald Trump after his conversation with Modly and with his approval is nominating McPherson. Modly’s resignation caps a tumultuous week for the Navy’s top civilian official after he fired the captain of the Roosevelt for writing a letter — later leaked to the press — that used blunt language to ask the Navy to use stronger measures to stop the spread of novel coronavirus among the ship’s crew.Capt. Brett Crozier received rousing cheers by hundreds of his sailors as he walked off the ship for the final time according to videos later posted on social media.During a visit to Guam on Monday, Modly addressed the crew over the ship’s loudspeaker system and blasted Crozier for how he distributed the letter.”If he didn’t think, in my opinion, that this information wasn’t going to get out to the public, in this day and information age that we live in, then he was either A — too naïve or too stupid to be a commanding officer of a ship like this,” Modly said, according to a transcript and audio recording of the remarks that were sent to two news organizations. “The alternative is that he did this on purpose.”Several times he also labeled the letter “a betrayal.”After those comments drew a firestorm of criticism Modly issued a statement Monday afternoon where he said he stood by his remarks.But he changed course late Monday night and issued an apology for his use of the words “too naïve” and “too stupid” to characterize the fired ship’s captain.Two U.S. officials told ABC News that Esper directed Modly to apologize for his remarks.