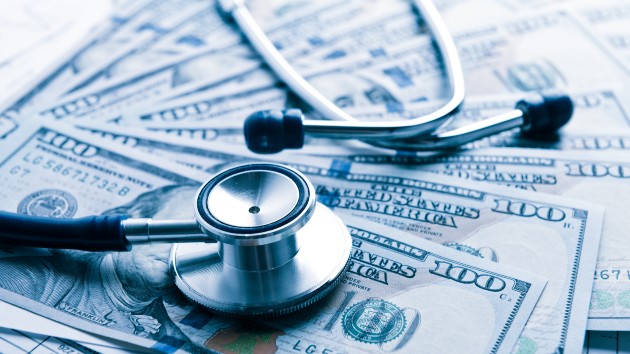 (WASHINGTON) — The White House announced Friday that it plans to designate $100 billion in emergency spending approved by Congress to reimburse hospitals and other health care providers for treating the estimated 28 million people who are uninsured in the United States.

The decision comes amid the fast-moving novel coronavirus pandemic that has left many Americans furloughed or fired and without health insurance. The situation has become so urgent that Trump administration officials who once vilified the Affordable Care Act, also known as Obamacare, are now turning to the law as a workable option.

Health and Human Services Secretary Alex Azar said on Friday Americans who lose their employee-sponsored insurance qualify for special enrollment and aren’t impacted by the December 2019 deadline to get insurance this year. He also pointed that several states have expanded Medicaid eligibility under the Obama-era law.

Azar was a long-time critic of the program, previously declaring it unworkable and said that it was “circling the drain.”

“I would also like to remind people that if you have lost employer insurance coverage, you have insurance options that you should look into,” he told reporters Friday. “You would be eligible for a special enrollment period on the health care exchanges and depending on your state, you may be eligible for Medicaid.”

To help Americans who remain uninsured, the administration plans to directly reimburse hospitals and other health care providers as long as they promise not to stick uninsured patients with the bill.

“Under the president’s direction, we will use a portion of that funding to cover providers’ costs of delivering COVID-19 care for the uninsured,” said Azar.

“As a condition of receiving funds under this program, providers will be forbidden from balance billing the uninsured for the cost of their care,” he said. “Providers will be reimbursed at Medicare rates.”

Trump had alluded to the move a day earlier when he said he was looking at a “cash payment” that would go to a “certain group of people” to protect Americans who were uninsured from facing large medical bills.

Trump had said earlier this week that he would not re-open enrollment for the federally run health care exchanges, which allow Americans to purchase subsidized plans independent of their employer. Enrollment for 2020 coverage ended last December.

Americans are eligible for special enrollment, however, if they quit or get fired from their jobs.

They also could turn to state-run exchanges if they live in any of the dozen states that have re-opened enrollment because of coronavirus.

Jose Vera, a graphic designer in Wilton Manor, Florida, said paying his mortgage and finding health insurance were his top concerns after getting laid off as a result of the ongoing health crisis. He said his company had too many clients cancel orders and so they downsized.

Now, for the first time, he is trying to navigate the health insurance marketplaces, set up through the Affordable Care Act, that allows individuals to buy their own health insurance plans.

“I’m applying and just trying to get as much help as I can,” he told ABC News. “It’s a lot of uncertainty, and it’s very scary. This is the first time I’ve been going through something like this. I’ve always been very fortunate to have a job.”

The question though, is whether Americans like Vera will find a health insurance plan they can afford while paying other bills as part of the newly unemployed.

Also unclear is how people who opted not to buy health insurance, but make too much money to qualify for Medicaid, will fare in an era of pandemic flu.

These can often be families or young people looking to save a few dollars each month by not enrolling in Obamacare because they are healthy at the time.

The Obama-era law had required Americans to enroll in a health insurance plan in a bid to force cost sharing across a bigger pool of people. But a federal appeals court struck down that requirement after an aggressive challenge by Republican-led states, backed by the Trump administration.

The matter will be taken up by the Supreme Court later this year.

Larry Levitt, executive vice president for health policy at the Kaiser Family Foundation, said there are probably as many as 9 million Americans who are uninsured and don’t qualify for Medicaid. These Americans will have to see if they live in any of the 12 states that have re-opened enrollment on their health care exchanges, he said.

“These are people who have either chosen not to get insured or weren’t aware of their options. They might make a very different judgment today with the potential risk of serious illness from the coronavirus,” Levitt said.

In the end, Trump might have to lean on “Obamacare” as a solution to see the country through a pandemic flu, despite campaigning against the law and expected to argue to dismantle it in court.

“This will be the first economic downturn when the (Affordable Care Act) is in place as a safety net,” Levitt said. “As people are losing their jobs and losing their health care it could be an inopportune time to overturn the safety net.”