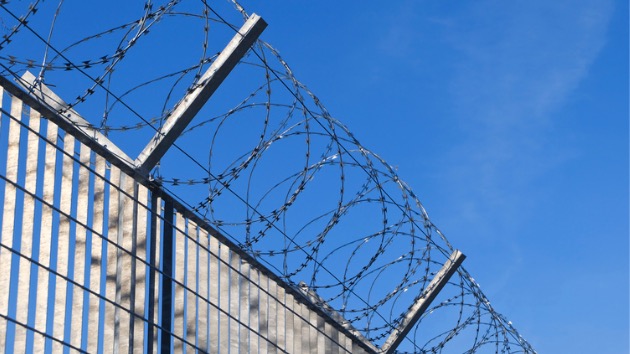 (NEW YORK) — A federal detention center at the epicenter of the coronavirus pandemic in New York City has no in-house ability to test sick or high-risk inmates for COVID-19, according to a letter from the jail’s top official in court documents reviewed by ABC News.

“MCC New York does not have COVID-19 tests,” M. Licon-Vitale, the recently installed warden of the Metropolitan Correctional Center in downtown Manhattan, wrote in a letter to a federal judge this week.

The warden’s letter came in response to an order from U.S. District Court Judge Paul Engelmayer to test an MCC inmate in his 20s who claimed to be experiencing novel coronavirus symptoms and believed he might have contracted it.

“He was placed into quarantine yesterday after he developed symptoms of COVID-19, including a cough and body aches,” wrote Florian Miedel, a defense attorney appointed to represent Bryant Brown, who’s awaiting trial on murder charges. “We are concerned about MCC’s ability to care for Mr. Brown, given its track record over the years with other clients under less trying circumstances.”

Miedel sought the court-ordered test this week to ensure Brown was receiving appropriate care and asked the court to order the facility to provide frequent updates on his condition.

Licon-Vitale wrote in response that the facility’s doctor and an infectious disease specialist from the Bureau of Prisons had determined Brown’s symptoms did not meet the criteria for testing based on guidelines from the Centers for Disease Control and Prevention, which have prioritized testing for health care workers and for patients exhibiting high fever and acute respiratory symptoms.

Transporting Brown to a hospital “would be ill-advised and expose him to others who are symptomatic for a test that an Infectious Disease Specialist advised is not needed,” Licon-Vitale wrote.

The BOP did not immediately respond to a request for comment about the situation at MCC.

“COVID-19 and the lack of readiness by the Federal Bureau of Prisons has made an already very dangerous working environment into hell for our staff — both physically and mentally,” Tyrone Covington, the correctional officers’ local union representative, told ABC News. “It is a daily war to keep the inmate population in line as they demand visits with their families and fear for their health and their families’ health.”

As the COVID-19 pandemic has spread throughout the United States, health officials, attorneys and prison workers at both the state and federal level have been sounding alarms for weeks about the dangers a COVID-19 spread present to inmates and staff.

At a coronavirus task force briefing earlier this week, President Donald Trump said he “doesn’t like” the idea of states releasing nonviolent offenders.

“We are looking to see if I have the right to stop it in some cases,” the president said.

At Federal Correctional Institution Oakdale in Louisiana, four inmates have died from COVID-19, and nationally at least 50 staff and 91 inmates have tested positive, according to the Bureau of Prisons, which confirmed to ABC News that FCI Oakdale inmates showing symptoms wouldn’t be tested because tests are too scarce.

“As is typical practice in facilities with sustained transmission of COVID-19, local health authorities have recommended against testing additional cases who present with COVID-19 symptoms in the Oakdale facility, but to presume they are COVID-19 positive. This action is in order to conserve valuable testing resources,” the facility said in a statement.

In a Friday night memo to the director of the Bureau of Prisons, Attorney General William Barr called for the “appropriate transfers to home confinement of all appropriate inmates held at FCI Oakdale, LA , FCI Danbury, CT, FCI Elkton, OH and other similarly situated BOP facilities where COVID-19 is materially affecting operations.”

Barr said that like any precautions, some “have not been perfectly successful at all institutions.”

The attorney general said that the transfer of inmates would occur on a “case-by-case” basis following a 14-day quarantine at a BOP facility. The AG said that he authorizes home confinement even if electronic monitoring isn’t available.

MCC in New York, which has about 700 inmates, has reported at least nine confirmed cases of COVID-19 among inmates and staff, according to the federal Bureau of Prisons.

The facility has been mired in controversy for months following the apparent suicide of convicted sex offender Jeffrey Epstein. In late February, there was a two-week lockdown after authorities found a loaded gun in an inmate’s cell. Licon-Vitale took over the top spot at MCC in January, after the previous warden was removed after Epstein’s death.

Another federal judge in Manhattan, Katherine Polk Failla, received a similar response from the MCC after Miedel sought a test for another client, Clifford Taylor, a 69-year-old inmate seeking a temporary release to home confinement for the duration of the pandemic.

In a brief note entered in court records on Thursday, Failla wrote that she’d spoken to the in-house lawyer at MCC and was told “MCC has no on-site COVID-19 testing capabilities” and there were “many practical impediments at this time to removing Mr. Taylor from the MCC and transporting him to a facility where he could be tested.”

Faced with those facts, Failla declined to order Taylor tested.

“They’re telling us that they don’t do COVID-19 testing in the MCC,” Miedel said. “So the only way that people can be tested is if they are taken out of the facility to a hospital and tested there.”

Miedel told ABC News his client has underlying medical conditions, including a history of hypertension and kidney disease, and presently had been quarantined in a dorm-like setting on the 11th floor of MCC, along with other high-risk inmates. Taylor is asymptomatic, Miedel said, but he asked for the test because the person Taylor intends to stay with, if granted temporary release, sought assurances Taylor had tested negative.

“The judge preliminarily agreed to release him temporarily. We were working out the logistics of that release. And then the person that he was going to live with basically said, ‘Look, I don’t want him to come live with me unless I know it’s clear,’ which makes sense,” Miedel said. “I am seriously concerned that the longer Mr. Taylor remains in the unit, the greater the chance that he will contract the virus.”

At MCC, one of the first confirmed cases of COVID-19 was an inmate who, as part of a gun investigation, was transferred to FCI Otisville in upstate New York and then transferred back to MCC, sources familiar with the situation told ABC News.

The process of moving inmates around is still going on, according to Congressman Fred Keller, R-Pa.

“Our stance is, stop it immediately. It’s certainty in their power. It’s their institutions,” Keller, who has two BOP facilities in his district, told ABC News in an interview.

Keller said he’s talked to the Bureau and left “no stone unturned” in trying to halt inmate movement.

The Bureau said it was still moving inmates because of ongoing court proceedings. Other U.S. courts have taken precautions to limit inmate movement, such as a switch to virtual hearings in the Southern District of New York.

At another federal jail in New York, the Metropolitan Detention Center in Brooklyn, four inmates with underlying health issues filed a civil lawsuit last week against the warden, alleging the facility is so ill-equipped to contain the virus that continuing to detain high-risk prisoners violates their constitutional rights.

An unnamed MDC prisoner was quoted by his attorney in court records that “things are very bad here.”

“There are approximately 90 people in a small area, and we are freaking out and are not doing well mentally,” the inmate continued in the court filing. “[W]e cannot get any information or anyone to listen to us. … Please help me before I die.”

There are approximately 1,700 inmates at MDC, and, according to the lawsuit, 537 of them are classified by BOP as vulnerable to COVID-19 using CDC guidelines, based on their age and existing health conditions.

Attorneys for the four prisoners have asked a federal judge to release them immediately because the typical processes for seeking compassionate release from BOP have been mired in delays.

The threat to the inmates’ lives “is ongoing, not simply imminent,” the lawsuit states. “Every hour that [they] are held in the MDC, they are at a significantly elevated risk of contracting coronavirus, and because of their age and/or medical conditions, their risk of dying from coronavirus is significant.”

Government attorneys representing the institution’s warden, Derek Edge, argued that protocols put in place by the Bureau of Prisons this week make it unnecessary for the court to intervene.

“There is no allegation that Petitioners themselves are in need of urgent medical care. Nor is there any basis to believe that, even if they were in need of medical care, they would be unable to receive such treatment while still incarcerated,” wrote Jason Cho, an assistant U.S. attorney, who also noted that his office and the BOP are working with federal public defenders on the cases of 11 inmates who believe they’re eligible to be released to home confinement.

The latest phrase of BOP’s COVID-19 plan, implemented this week, restricts inmates to their assigned cells, with limited exceptions, for the next two weeks to decrease the spread of the virus. The bureau also said it’s working with U.S. Marshals to significantly decrease incoming movement at facilities.

The MDC has tested just seven of the 1,700 inmates at the facility, according to court filings, with three of those testing positive.

U.S. District Court Judge Rachel Kovner, who’s overseeing the MDC case, ordered the parties in the case to try to reach a negotiated settlement to the litigation by the end of the day Friday.

But according to court filings late Friday evening, the attempts at mediating the dispute have been unsuccessful thus far.

MDC officials informed attorneys for the four inmates that their request to BOP for compassionate release had been rejected, according to court documents. In a letter to one inmate’s lawyer, which was attached to the court filings, Warden Edge wrote that the inmate failed to meet the criteria for release because there had not been “any significant changes to his medical conditions to reflect a terminal or debilitated medical condition.”

That decision was immediately blasted by the lawyers for the inmates, who renewed their request for the judge to order the inmates’ immediate release in order to protect them from the virus.

“A process that requires vulnerable people to remain in hazardous conditions and wait until they contract a potentially lethal disease before they are eligible for release from that threat is no credible alternative,” wrote Katherine Rosenfeld, an attorney for the inmates.