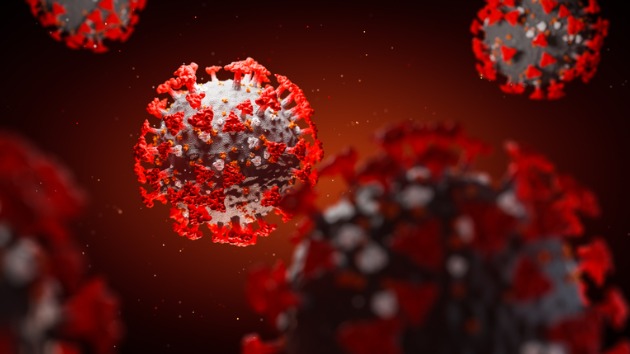 (NEW YORK) — The death toll amid the novel coronavirus pandemic continues to skyrocket as more than 7,000 people in the United States have died from COVID-19.

There are at least 278,458 diagnosed cases in the U.S. and more than 1.1 million around the world. The actual number is believed to be much higher due to testing shortages, many unreported cases and suspicions that some governments are hiding the scope of their nations’ outbreaks.

Over 58,900 have died across the globe and more than 226,000 people have recovered, according to data compiled by the Center for Systems Science and Engineering at Johns Hopkins University.

The number of cases and deaths in the U.S. is expected to continue to grow rapidly with many states and cities saying the peak is still weeks, if not months away.

Here’s how the story is developing. All times Eastern. Please refresh this page for updates.

The number of patients requiring intensive care has decreased for the first time in Italy since COVID-19 appeared, according to the Civil Protection Agency.

There are 3,994 patients in ICU, 74 fewer than on Friday, the agency reported.

Fatalities also decreased, continuing a days-long trend. In the last 24 hours, 681 new deaths were reported, bringing the total to 15,362.

The number of total cases in the country, however, did increase by 4,805 to 124,632. That sum includes those actively infected, deaths and recovered inviduals.

The Coral Princess cruise ship will dock in Miami after 12 passengers tested positive and at least one person died, state officials confirmed.

Miami-Dade Mayor Carlos A. Giménez determined it was necessary to bring in the ship “to save lives,” according to his press secretary.

At least one American from South Carolina has died on the ship, his press secretary said. Three other passengers, all Americans in critical condition, will get off the ship first and be taken to Larkin Hospital. At least 12 passengers have flu-like symptoms.

Anyone with respiratory symptoms or are still recovering from being ill previously will remain on board until medically cleared by the ship’s doctors, according to a statement from Princess Cruises.

They will be transferred directly from the ship to Miami International Airport, according to Princess Cruises.

President Donald Trump wrote on Twitter that he would immediately ask Congress for more money for small businesses if the allocated money runs out.

I will immediately ask Congress for more money to support small businesses under the #PPPloan if the allocated money runs out. So far, way ahead of schedule. @BankofAmerica & community banks are rocking! @SBAgov @USTreasury

Gov. Andrew Cuomo announced that China would be donating 1,000 ventilators and Oregon was donating 140 to New York.

“They see the fire spreading — stop the fire where it is before it gets to my home,” Cuomo said.

The apex in the state is expected in the next seven days, according to the governor.

“We are not yet ready for the apex,” he said, adding that he wants the situation to be over but the more time it takes to reach the apex, the more time there is to prepare.

The U.S. Coast Guard helped facilitate the processing of more than 120 vessels in the last three weeks to remove 250,000 passengers from cruise ships due to the COVID-19 pandemic, according to a press release from the U.S. Coast Guard Headquarters.

Coast guards oversaw the safe landing, screening, quarantine and repatriation of these passengers, after many international ports had denied entry to cruise ships.

The Centers for Disease Control and Prevention issued a “No Sail” Order on March 14 to all cruise ships that had not already voluntarily suspended operations.

Trump plans to nominate Brian Miller, a special assistant to the president and senior associate counsel in the Office of White House Counsel, to serve as the special inspector general for the pandemic recovery. If Miller is confirmed by the Senate, he will be tasked with rooting out fraud and abuse in the Treasury Department’s $500 billion relief program for distressed businesses.

While Miller has previously served in a similar role, as inspector general for the General Services Administration, Democrats will likely criticize his nomination.

Inspectors General are typically independent and apolitical appointees; Miller played a role in rebuffing investigations into the withheld military aid to Ukraine that led to Trump’s impeachment.

Walmart announced that starting Saturday it would limit the number of patrons in its stores to help slow the spread of the novel coronavirus after too many of its customers ignored social distancing guidelines.

“While many of our customers have been following the advice of the medical community regarding social distancing and safety, we have been concerned to still see some behaviors in our stores that put undue risk on our people,” Dacona Smith, Walmart’s executive vice president and COO, said in a statement Friday.

Stores will now allow no more than five customers for every 1,000 square feet at a given time, which is roughly 20 percent of a store’s capacity, the company said. Once capacity is reached, “customers will be admitted inside on a ‘1-out-1-in’ basis.”

Tune into ABC at 1 p.m. ET and ABC News Live at 4 p.m. ET every weekday for special coverage of the novel coronavirus with the full ABC News team, including the latest news, context and analysis.

The move was just one of a number of customer guidelines amid the COVID-19 pandemic.

Walmart also announced that in most of its stores that aisles will all be one-way with markers on the ground, directing customer traffic.

The company said there would be only one entrance and a separate exit for each store.