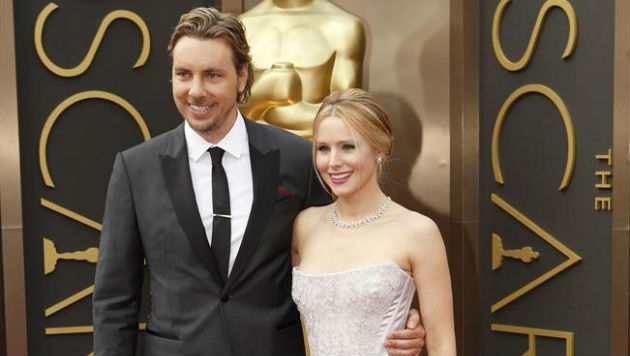 (LOS ANGELES) — As America endures another strongly-recommended week of self-quarantine due to the COVID-19 pandemic, some married couples are discovering that being around their significant other 24/7 is not all it’s cracked up to be.

Frozen II star Kristen Bell admitted on Monday that isolating with husband Dax Shepard is becoming somewhat of a challenge.

During an Instagram Live interview with Katie Couric, the married couple spoke about the downside of having little to no personal time due to the family of four sheltering under the same roof.

Dax first opened up about his family’s new normal, saying he and Bell are “getting along good with the kids” but the situation “has been stressful for mom and dad.”

Bell, 39, nodded as she candidly revealed, “We’ve been at each other’s throats real bad, real bad over the last couple of — oh yeah.”

“It just ended, like, eight minutes ago,” Shepard, 45, deadpanned. “America’s sweetheart has a character defect.”

As for how long the two have been grappling with the stress, Bell playfully gestured to the fact she’s sitting shoulder-to-shoulder with Dax and cracked, “This is as physically close as we’ve been in a couple days ’cause we just found each other… revolting.”

When Couric suggested the two should find separate spaces in the house to take some time apart, Bell sighed, “It’s impossible. He’s too big, Katie.  He’s too loud and too big.  He’s everywhere.”

Despite the trying time, the couple, who tied the knot in 2013, were adamant that they will rise from the pandemic stronger than ever.

Bell also adorably revealed that her five-year-old daughter Delta has taken a shining to science during the quarantine and invented a “vaccine” for the virus, which consists of “just green food coloring and water.”