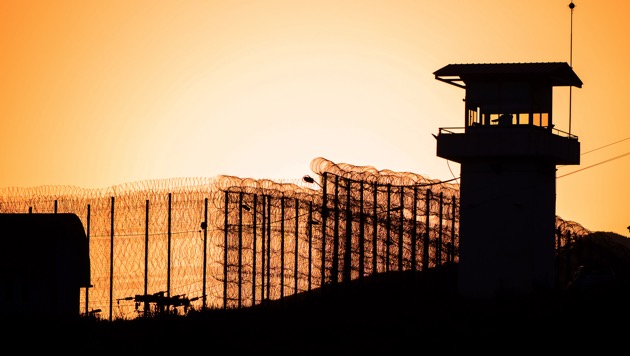 (PIERRE, S.D.) — A search continued in South Dakota on Wednesday for five inmates who escaped along with four others from a minimum-security women’s penitentiary on the same day a prisoner tested positive for the novel coronavirus, officials said.The breakout at the Pierre Community Work Center took place around 8:43 p.m. on Monday, according to South Dakota Department of Corrections officials. Three of the escapees were captured Tuesday on the nearby Crow Creek Indian Reservation and one was caught in Rapid City, about 170 miles west of Pierre, officials said.South Dakota Gov. Kristie Noem told reporters that the inmate captured in Rapid City is being tested for coronavirus.The women, who were all housed in the same annex, left the non-secure correctional facility without authorization via an exterior door, corrections officials said in a statement.”Women’s Prison staff began escape procedures and law enforcement was notified. The South Dakota Highway Patrol aircraft was used to assist ground operations in its search for the inmates,” according to a statement from corrections officials.All the escapees were serving sentences for low-level offenses, including simple assault, forgery, robbery and possession of controlled substances, officials said.The prisoners left the facility on the same day officials announced that an inmate at the Pierre Community Work Center had tested positive for coronavirus. The infected inmate, the first in the South Dakota prison system to test positive for the virus, was immediately placed in isolation to protect other inmates, officials said.It was not immediately clear if the diagnosis prompted the prisoners to bolt.

Three of the female inmates who walked away from Pierre Cmty. Work Center are in custody on Crow Creek Reservation; state is working with tribe to have inmates Flute, Wakeman and Miller returned to state custody.

Meanwhile, a manhunt continued in the state of Washington for six inmates who escaped on Monday evening from the Yakima County Jail. The at-large escapees were among 14 who fled the jail in downtown Yakima after using a table to break down an exit door and then scaling a fence, according to Yakima County Sheriff Robert Udell.The U.S. Marshals Service is offering rewards of up to $1,000 for information leading to the arrests of the escaped Yakima jail inmates.Copyright © 2020, ABC Audio. All rights reserved.

‘The Simpsons’ short, ‘Playdate with Destiny’ to stream on Disney+ Friday
Fundraising amid the coronavirus pandemic, Trump and Biden campaigns walk narrow line
A look at the US military’s close calls with Russia in the air and at sea
Fauci: ‘In a perfect world’ Americans would stop shaking hands
Nearly 10% of carrier’s crew of 4,800 has coronavirus
Pete Buttigieg on Bernie Sanders suspending campaign: ‘So much now depends on us coming together’