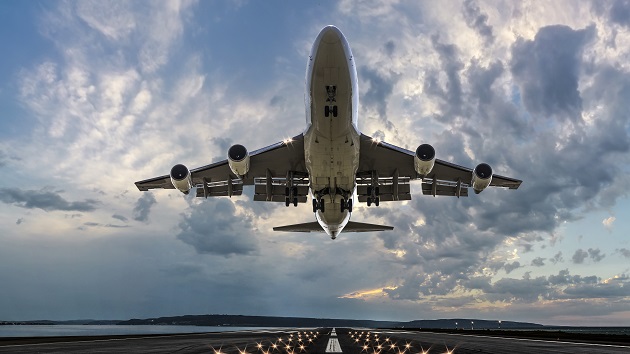 (WASHINGTON) — Major U.S. airlines are preparing for the possibility of a shutdown on passenger flights in the U.S. due to the continuing spread of the novel coronavirus, but they do not believe that one is imminent, according to sources familiar with the matter.

Airline sources explained to ABC News that they need to be ready for anything due to the unpredictable and fluid situation surrounding the COVID-19 crisis. The sources cited other plans airlines have in place for natural disasters like tornadoes, hurricanes and earthquakes as examples.“We just don’t know” what’s going to happen, one airline source said.During a White House briefing on Monday, President Donald Trump said “we’re not going to have that,” when asked if he was thinking about new travel restrictions.However, due to the steep decline in demand, airline sources said they are not ruling out a voluntary shutdown of passenger flights.One of the major airline’s premier flights Monday night from New York City to Los Angeles only had six passengers on board.On Monday, the Transportation Security Administration screened about two million less passengers compared to the same weekday last year.“You just can’t run a business that way,” an industry source said.The Federal Aviation Administration (FAA) wouldn’t comment on the possibility of a shutdown of domestic passenger flights, telling ABC News in a statement that the agency does not “comment on speculation.”Airline sources say more pressing than a potential shutdown are the variables outside of their control — including staffing shortages and certain state-imposed rules.As of Tuesday morning, 25 TSA agents have tested positive for COVID-19 and at least 10 air traffic control facilities have been impacted by personnel testing positive for virus.On Monday, Florida Gov. Ron DeSantis issued an executive order instructing passengers on direct flights coming into the state from New York, Connecticut or New Jersey to self-quarantine or isolate for at least 14 days.In an attempt to weather the coronavirus crisis, all of the major airlines have already taken unprecedented measures such as slashing domestic and international flights, cutting executive pay, offering employees unpaid leave and parking hundreds of aircraft.Last Friday, Delta CEO Ed Bastian told employees in an internal memo that despite measures to reduce costs the airline was still “burning roughly $50 million in cash each day.”U.S. airline executives warned House and Senate leadership on Saturday that “time is running out” to protect the industry’s 750,000 employees. The airlines are currently pushing the White House and Congress to pass a financial assistance package comprised of cash grants and loans.Airline executives agreed that if the industry receives at least $29 billion in cash grants they will not furlough employees through the end of August and will agree to accept limits on executive compensation and eliminate stock buybacks and dividends.”The breadth and immediacy of the need to act cannot be overstated,” executives wrote in a joint letter to lawmakers. “It is urgent and unprecedented.”Globally, the airline industry could take a hit of more than $250 billion, according to the International Air Transport Association (IATA).Copyright © 2020, ABC Audio. All rights reserved.

Boston Sports Club hit with class-action suit for charging members during coronavirus
Treasury requests $250 billion more for small business relief
Disaster in motion: Where flights from coronavirus-ravaged countries landed in US
Single-use plastic gloves seem like a good idea during coronavirus, but here’s the problem
As flights are canceled amid coronavirus, officer sues United Airlines for refund
‘The Nanny’ cast reunites for a Zoom read-through of the show’s first episode