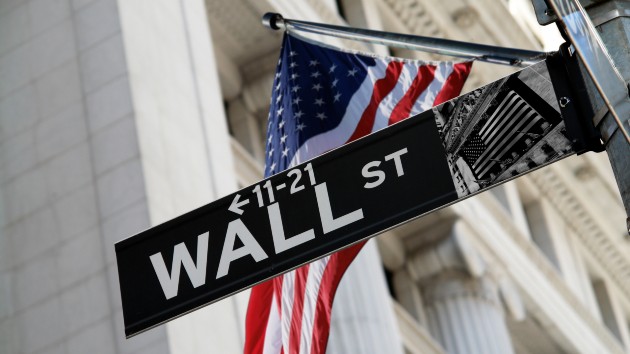 (NEW YORK) — The coronavirus pandemic has quickly evolved from a health crisis to a financial one, shuttering businesses, upending entire industries and sending financial markets reeling.

The Federal Reserve has pulled out all the stops to help ameliorate the economy. Meanwhile, the outbreak has plunged all three major U.S. financial markets into bear market territory, breaking an 11-year bull market streak.

Here is the latest news on how the COVID-19 crisis is impacting businesses and the economy. For more on financial resources available during the pandemic, click here.

This is a developing story. All times Eastern. Please refresh this page for updates.

Financial markets surge as lawmakers close in on stimulus

U.S. financial markets rallied sharply Tuesday, possibly on news that lawmakers have said they’re very close to an agreement on a massive stimulus package meant to save the national economy from effects of the coronavirus pandemic.The Dow Jones Industrial Average closed more than 2,100 points higher, or 11.37%, as the S&P 500 spiked 9.38% and the Nasdaq jumped 8.12%.It’s the Dow’s best single-day percentage gain since 1933.Among top performers for the Dow were Chevron Corp, American Express and Boeing, which all saw gains of more than 20%. Boeing’s rise possibly was on the hope of a bailout of the airline sector by Congress.The rally began early Tuesday, as U.S. Treasury Secretary Steven Mnuchin and Senate Minority Leader Chuck Schumer said they’re “very close” to an agreement on the stimulus package.Overnight, futures on U.S. financial markets rose in premarket trading, briefly hitting their “limit-up” thresholds.On Monday, equity markets tumbled on news that the stimulus package, as presented, was being held up by Democratic lawmakers. The Dow closed down by more than 3%, and the S&P 500 and Nasdaq saw similar losses.Tuesday’s surge comes after weeks of unprecedented volatility has roiled U.S. financial markets.

Outbreak now forecast to cost the airline industry more than $250 billionThe COVID-19 outbreak is expected to cost the global airline industry more than $250 billion as government-imposed travel restrictions and a steep decline in demand has delivered a massive blow to the airline sector.The International Air Transport Association released its forecast Tuesday. The $250 billion loss in revenue is more than double the group’s previous estimate of $113 billion.”The airline industry faces its gravest crisis. Within a matter of a few weeks, our previous worst case scenario is looking better than our latest estimates,” the IATA’s CEO Alexandre de Juniac said in a statement Tuesday, calling for “immediate government relief measures.”The airline industry has been one of the hardest-hit by the COVID-19 crisis. A separate industry group previously predicted that all major U.S. airlines could be bankrupt by the end of the year if no action is taken. Morgan Stanley predicts 3.4 million Americans filed for unemploymentInvestment bank Morgan Stanley released a dire memo on unemployment as the U.S. jobs market continues to be buffeted by the pandemic.The company predicted 3.4 million people filed for unemployment benefits in the week ending on March 21, five times more than the previous record.Morgan Stanley cited guidance from various states and the Department of Labor that indicated widespread layoffs in the manufacturing and service industry sector. The official numbers will be released Thursday.The new prediction is higher than previous estimates from fellow investment banks. Bank of America previously predicted initial jobless claims would be 3 million, and Goldman Sachs predicted 2.25 million in that same time period.Markets spike on news of ‘very close’ stimulus packageU.S. financial markets spiked early Tuesday, as the unprecedented coronavirus-induced volatility continues to roil Wall Street.The Dow Jones Industrial Average was up by more than 1,000 points at the market’s open, or more than 5.7%. The S&P 500 and Nasdaq both similarly spiked by more than 5%.The rally comes as U.S. Treasury Secretary Steven Mnuchin and Senate Minority Leader Chuck Schumer said they are “very close” to an agreement on a massive stimulus package to save the national economy from the detrimental impact of the coronavirus pandemic.Overnight, futures on U.S. financial markets rose during premarket trading, briefly hitting their “limit-up” trading thresholds.On Monday, equity markets tumbled on news that the stimulus package was being held up by Democratic lawmakers in its current form. The Dow closed down by more than 3%, and the S&P 500 and Nasdaq saw similar losses. Copyright © 2020, ABC Audio. All rights reserved.