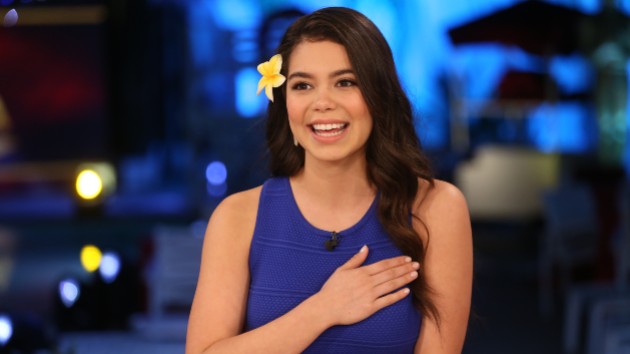 (LOS ANGELES) — As Disney plucks through its vault and finds titles worthy of the live action treatment, it may only be a matter of time before a Moana remake hits the big screens.

Auli’i Cravalho, who voiced the feisty main character, revealed to Hollywood Life that, should that day come, she is totally open to reprising her role — but only if it’s offered to her.

“I would be more than happy to see someone else play that role, and if it were to fall to me I would do my absolute best as possible,” she confided happily.

However, should the role be passed to someone else, she still would love to play a part, no matter how small, in a possible live action remake.  Auli’i hilariously revealed which role she would love to take a crack at.

“If I got to do Hei Hei, if I couldn’t get Moana, that would be totally fine.  Just cast me as the chicken,” She giggled.

And, should that not come into fruition, Cravalho said she’d just be “happy to have any input in the film.”