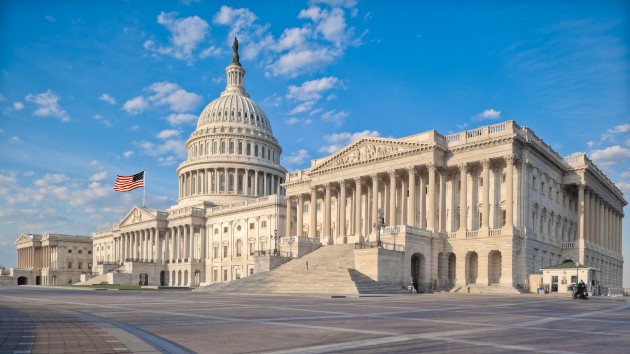 (WASHINGTON) — Sen. Ted Cruz (R-Texas) is one of two members of Congress to announce Sunday night that he is placing himself into voluntary self-quarantine after he interacted briefly with a person who is infected by the novel coronavirus at the Conservative Political Action Conference in Maryland last month.Cruz said the “interaction consisted of a brief conversation and a handshake” and that he is “not experiencing any symptoms.”“Nevertheless, out of an abundance of caution … I have decided to remain at my home in Texas this week, until a full 14 days have passed since the CPAC interaction,” Cruz said in a statement shared on Twitter.

The American Conservative Union, which organized the CPAC event, announced in a statement on Saturday that a CPAC attendee had tested positive for COVID-19. While the exposure occurred before the conference, the person still attended the event and is now in the care of medical professionals in New Jersey.Hours after Cruz’ announcement, Rep. Paul Gosar (R-Ariz.) announced on Twitter that he and three members of his staff will also be self-quarantining after coming in contact with the same attendee at the conference.”I was with this individual for an extended period of time, and we shook hands several times,” Gosar said. “We are all asymptomatic and feel great. But we are being proactive and cautious.”

My statement on #COVID19: pic.twitter.com/dyuq55fnBG

CPAC, which in previous years has drawn upwards of 19,000 attendees, had speakers that included President Donald Trump, Vice President Mike Pence, Secretary of State Mike Pompeo, then acting White House Chief of Staff and Director of the Office of Management and Budget Mick Mulvaney.A spokeswoman for Sen. Mike Lee, who participated in a Wednesday panel at CPAC, told ABC News that “Sen. Lee was contacted by CPAC and informed he did not come into contact with the attendee who eventually tested positive for Covid19.”Sen. Marsha Blackburn, who also attended the Wednesday session, has not yet been contacted, per a source familiar with the matter.To date, the virus itself has killed 22 people and infected at least 515 in the United States. Worldwide, there are more than 110,000 cases with more than 3,800 deaths.Last week, members of Congress passed an $8.3 billion bipartisan bill to contain the virus’ spread through funding for the U.S. Department of Health and Human Services, as well as state and local health departments.While Cruz said in his statement that he is “fine and healthy,” at least two members of Congress have died from a viral infection in the last 20 years. Rep. Patsy Takemoto Mink, who in 1990 became the first Asian American woman elected to Congress, died in September 2002 of viral pneumonia. Despite her passing, her name remained on the ballot that November where she was reelected by a wide margin.Sen. Frank Lautenberg died in 2017, also of viral pneumonia. At the time of his death, the 89-year-old was the oldest member of the Senate,The District of Columbia reported its first presumptive positive case of the novel coronavirus on Saturday. When asked if he was concerned about the virus getting close to the White House, Trump said, “No, I’m not concerned at all.”