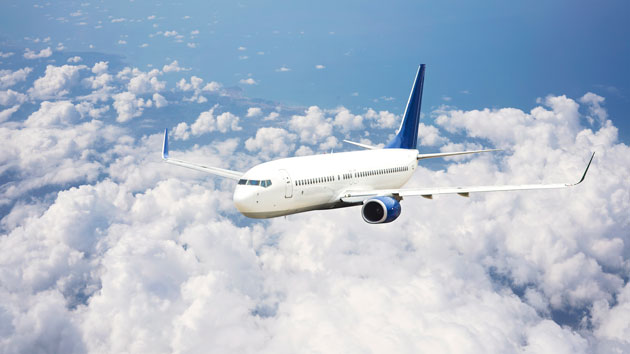 (WASHINGTON) — Boeing halts production of 737 Max planesBoeing announced it would temporarily suspend production of the jets but said for now it would not furlough or lay off the 12,000 employees involved in making the plane.A few days before the one-year anniversary of the Ethiopian Air crash that led to the grounding of the 737 Max, a House committee released its preliminary findings from its investigation into the troubled jetliner — placing blame on both the Federal Aviation Administration and Boeing.”Both Boeing and the FAA gambled with the public’s safety in the aftermath of the Lion Air crash, resulting in the death of 157 more individuals,” the House Transportation and Infrastructure Committee wrote in its 14-page report.The Ethiopian Air crash was the second accident involving the 737 Max within nearly five months.The committee’s findings were that a failure of oversight from the FAA coupled with corporate pressure, lack of transparency and design failures from Boeing led to the two fatal plane crashes that killed nearly 350 people.Within a few weeks, committee chairs plan to introduce legislation to address “failures” in the aircraft certification process, lawmakers wrote in the report.Currently under the Organization Designation Authorization (ODA) program mandated by Congress, some of the aircraft certification process is delegated to manufacturers like Boeing. Critics of the ODA program said it was this delegation that created a conflict of interest.”Boeing failed to appropriately classify MCAS as a safety-critical system, in turn concealing critical information about MCAS from pilots and diminishing the focus on MCAS as a ‘new system’ in order to avoid greater FAA scrutiny and increased pilot training requirement,” the report said.FAA Administrator Stephen Dickson pushed back against the notion that the system is broken during a house committee hearing in December, but conceded that there is room for improvement.In a statement following the committee’s release, FAA said it welcomes the observations of the committee and are willing to embrace “hard lessons” and “seek continuous improvement.””While the FAA’s certification processes are well-established and have consistently produced safe aircraft designs, we are a learning agency and welcome the scrutiny.” the FAA said in a statement Friday, responding to the committee’s findings. “We are confident that our openness to observations and recommendations will further bolster aviation safety worldwide.”Boeing told ABC News in a statement that they will review the report.”We have cooperated extensively for the past year with the Committee’s investigation,” they wrote in a statement.Grounded for almost a year, Boeing’s latest return to service estimate for the 737 Max is mid-2020. Copyright © 2020, ABC Audio. All rights reserved.