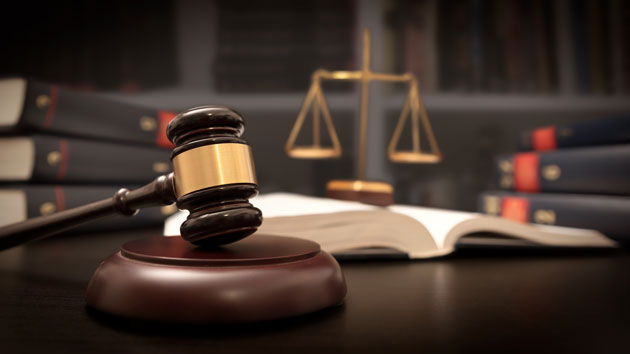 (ATMORE, Ala.) — With the clock ticking down to Thursday evening’s execution of Nathaniel Woods, Alabama Gov. Kay Ivey has given no indication she’ll grant a reprieve despite the condemned prisoner’s supporters contending he did not take part in the slayings of three police officers.Woods, 44, is set to die by lethal injection at 6 p.m. local time at the William C. Holman Correctional Facility in Atmore, Alabama, unless Ivey grants him an eleventh-hour reprieve.As of Thursday morning, Ivey offered no sign that she will intervene in Williams’ case.When contacted by ABC News on Thursday, the governor’s press secretary had no comment.Earlier this week, the son of civil rights icon Martin Luther King Jr. joined a chorus of calls to halt the execution of Woods, who was convicted of capital murder in the 2004 killings of three Birmingham, Alabama, police officers.”I stand with hundreds of thousands of Americans across Alabama and the nation, pleading with you not to execute Nathaniel Woods,” Martin Luther King III wrote in a letter sent on Tuesday to Ivey, a Republican.In his letter, King, who was born in Alabama, told Ivey her state was “set to kill a man who is very likely innocent.”King told Fox News Thursday, “If a person is innocent they should not be killed in this country. People have been killed and [hanged] for doing nothing. And in this context, if that is the prospect, we ought to at least go through the facts, go through the information, give the system the opportunity to work if it did not work.”As of Thursday afternoon, more than 91,000 people had signed a petition on the website Change.org to stop the execution of Woods, who would become the first person executed in Alabama this year and the 67th since the state reinstated the death penalty in 1976.Woods’ alleged accomplice, Kerry Spencer, confessed to being the sole gunman who killed the officers with a high-powered weapon, but separate juries convicted him and Woods of four capital murder charges, including killing the officers in the course of committing another crime.Spencer’s trial was held before Woods’ case was heard by a jury, but his execution date has yet to be set.During both trials, prosecutors presented the juries the theory that Woods and Spencer acted in tandem to lure the officers into the apartment to kill them.On June 17, 2004, Birmingham police officers Carlos Owen, Harley Chisholm III and Charles Bennett were shot to death while executing a misdemeanor assault warrant for Woods at a suspected crack house in Birmingham. A fourth officer was also shot, but survived and testified against Woods.A jury convicted Woods in December 2005, and in a nonunanimous verdict of 10-2 recommended a sentence of death.Alabama State Attorney General Steve Marshall said in a statement Wednesday that Woods was “correctly found guilty and sentenced to death by a jury of his peers.””The only injustice in the case of Nathaniel Woods is that which was inflicted on those four policemen that terrible day in 2004,” Marshall said in the statement.Woods appealed his conviction, arguing his lawyer gave him inadequate representation by misinforming him that he could not be convicted of capital murder as an accomplice and convincing him to reject a plea deal prosecutors offered him of 20 to 25 years in prison, according to court records.Woods’ appeal was denied by the Alabama Supreme Court and the U.S. Supreme Court.In his letter to Ivey, King stated that Woods “has never had a fair trial” and has not gotten the opportunity to present new evidence since his conviction bolstering his claim that Spencer acted alone and that there was never a plan to lure the officers into an ambush.The case has also garnered the attention of celebrities like Kim Kardashian West, who has become an advocate for criminal justice reform. She tweeted Thursday, Woods “is scheduled to be executed in Alabama TONIGHT for murders he did NOT commit. Join the broad coalition- including members of the jury and relatives of the victims – in urging @GovernorKayIvey and @AGSteveMarshall to stay Nate’s execution.”#NathanielWoods is scheduled to be executed in Alabama TONIGHT for murders he did NOT commit. Join the broad coalition- including members of the jury and relatives of the victims – in urging @GovernorKayIvey and @AGSteveMarshall to stay Nate’s execution.Copyright © 2020, ABC Audio. All rights reserved.