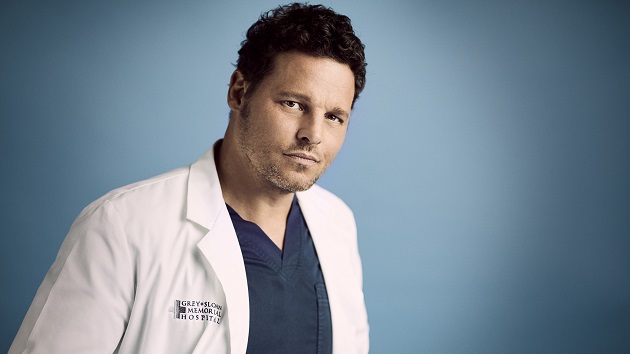 (LOS ANGELES) — For longtime fans of Grey’s Anatomy, an episode they’ve been dreading is finally on the horizon.  Next Thursday, the long-running medical drama will say goodbye to Dr. Alex Karev, played by Justin Chambers, once and for all.

Chambers has been part of the show since the first episode, which aired in 2005, and has remained a critical character on the show for the past 16 seasons.  However, as seen in a new trailer, his story will end in a few days.

It is unknown how exactly Alex will leave the series and fans have long begged showrunners not to kill him off, as they did with other major characters like Patrick Dempsey’s Derek Shepherd and Chyler Leigh’s Lexie Grey — to name a few.

The trailer starts with throwback footage from the first episode as A Great Big World’s “Say Something” dramatically plays in the background.  The trailer also features main character Meredith Grey, played by Ellen Pompeo, begging Alex to come home after he went AWOL a few episodes before.

“There were five of us and now it’s just you and I and I can’t have it just be me,” she pleads in a voice message to him, referencing the original Grey’s interns, played by Sandra Oh, Katherine Heigl, and T.R. Knight, that have long left the show.  Knight’s character, George, was also dramatically killed off.

While fans speculate how Chambers will be written out of Grey’s, showrunner Krista Vernoff told Variety that the carefully concocted ending will “give the audience clarity.”