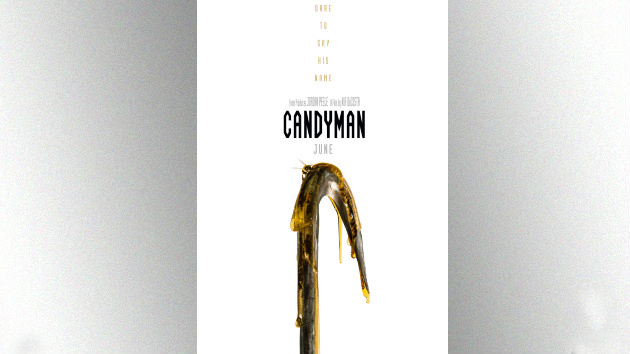 (LOS ANGELES) — The first official trailer for Candyman has dropped, and Jordan Peele has brought fans a chilling preview to his highly anticipated remake of the 1992 classic horror film.

“The urban legend is if you say his name five times while looking in the mirror, he appears in the reflection and he kills you,” says Mateen in the promo.

Directed by Nia DeCosta, the new film has been described as a “spiritual sequel” to the original. Although Peele hasn’t confirmed if the original Candyman, played by Tony Todd, will make an official return, from the look of the teaser, Mateen is seemingly taking on that role.

In a Q&A session ahead of the trailer’s premiere, DeCosta told media that Mateen is a reflection of the new Candyman and that there would be “plenty of gore” in the new film.

For fans paying close attention, the trailer is also set to a slowed-down version of Destiny’s Child’s “Say My Name.”

Based on a short story by Clive Barker, the original Candyman followed the son of a slave who became an artist. He was later mutilated and killed by a lynch mob hired by his lover’s father, prompting his spirit to seek revenge.  It spawned film sequels in 1995 and 1999

Rita Wilson celebrates “beauty…blessings” and being a cancer and COVID-19 survivor
Maker of masks for health care workers accused of making defective earplugs for military
New York City’s motorcycle community is riding to save lives
Coronavirus economic updates: Markets tick up slightly after weeks of volatility
In the middle of the coronavirus crisis, some hospitals fear financial ruin
Student loans get put on hold in coronavirus stimulus bill — Here’s what to know