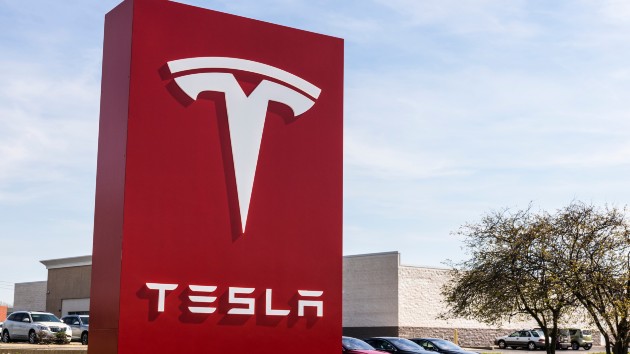 (NEW YORK) — A 38-year-old man who died shortly after crashing his Tesla had relied too much on the car’s autopilot function and was playing a game on his cellphone at the time of the accident, according to the National Transportation Safety Board.The NTSB on Tuesday determined that the limitations of the Tesla autopilot system coupled with Walter Huang’s distracted driving led to his death in March 2018 in Mountain View, California.Huang was on the way to work in his Tesla Model X when the vehicle struck a safety barrier and was hit by several other vehicles on the Highway 101. He later died from his injuries.In the days following the accident, Tesla said the company had “never seen [that] level of damage to a Model X in any other crash.”As a result of the investigation, the NTSB issued nine safety recommendations to Tesla, the National Highway Traffic Safety Administration, the Occupational Safety and Health Administration, SAE International and Apple.Some of the safety recommendations were reiterations from a previous investigation, changes that Tesla and the NHTSA did not implement, revealing a lack of federal regulations for partially automatic vehicles.The NTSB knocked the NHTSA for its “non-regulatory hands-off approach,” recommending that the agency conduct a strong defect investigation program into Tesla’s autopilot system.Tesla didn’t immediately respond to a request for comment from ABC News on Tuesday.”While DOT has issued some policy guidance for higher levels of automation, level 3 to level 5, little to no guidance or standards exist for partial driving automation systems currently on our highways today,” NTSB Project Manager for Highway Safety Don Karol said.The NHTSA said it’s aware of the NTSB’s report and will carefully review it.The NHTSA said in a statement to ABC News that it’s recommended for years “developers of advanced driver assistance systems incorporate appropriate driver-vehicle interaction strategies in deployed technology,” and that the agency “has made resources available that assist with that recommendation.”NTSB board members made clear their concerns are tied not just to Tesla but to any other companies that may implement similar systems.”When we automate vehicle controls, it becomes more challenging to monitor the environment,” said Ensar Becic, project manager and human performance investigator with the NTSB’s Office of Highway Safety. “Especially if the automated system performs pretty well and we learn to trust it.”