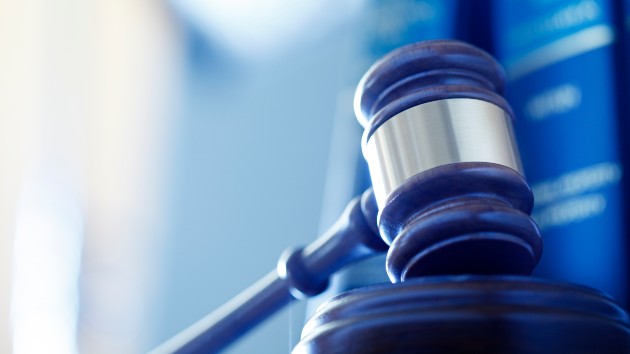 (WASHINGTON) — Federal Judge Amy Berman Jackson, who last week sentenced longtime GOP operative Roger Stone to more than three years in prison, on Tuesday expressed concern for the safety of a juror from Stone’s trial after President Donald Trump repeatedly accused her of being biased.“The president of the United States used his Twitter platform to disseminate a particular point of view about a juror,” Jackson said Tuesday at a hearing in Washington, D.C. “Any attempt to invade the privacy of the jurors or to harass or intimidate them is completely antithetical to our system of justice. They deserve our protection. They deserve to have their privacy protected.”Judge Jackson convened Tuesday’s hearing to take up a sealed motion for a new trial filed by Stone’s defense counsel, who cited alleged jury misconduct.Meanwhile, Trump, while returning from his visit to India aboard Air Force One, dug in on criticism of Judge Jackson and the jury foreperson, calling her “totally biased, as is the judge.”The president sent his tweet just moments after Judge Jackson took note of his prior tweets – and as the hearing was going on.Stone, 67, was convicted of misleading congressional investigators on several key elements of their probe into Russian meddling in the 2016 election, including communications he had with the Trump campaign about the WikiLeaks dissemination of damaging documents stolen from Democrats.Stone was making a bid for a new trial just days after Judge Jackson sentenced him to 40 months in prison amid speculation about a possible pardon from President Donald Trump.While details of both the request for a new trial and the Justice Department’s subsequent opposition to the defense motion are mostly unknown because they’re under seal, President Trump has claimed the jury was “totally tainted” and has called the jury forewoman “anti-Trump.”Stone’s sentencing went on as planned last Thursday. Besides the 40-month prison term, Stone was sentenced to 24 months probation and fined $20,000. Stone remains free pending a decision on his motion for a new trial.In the lead up to Jackson’s call for a hearing on the matter, Stone’s attorneys late Friday filed a motion for Judge Jackson to be dismissed from Stone’s case and overseeing the bid for a new trial, citing Jackson’s statements during Stone’s sentencing a day earlier, which Stone’s lawyers alleged indicated “an inability to reserve judgment on an issue which has yet been heard.”In extended remarks before handing down Stone’s sentence, responding to attacks on her, the Justice Department and the jury, Berman had said, “The jurors who served with integrity under difficult circumstances cared.”Judge Jackson denied Stone’s motion for her dismissal in court papers filed Sunday evening, pointing to the docket as evidence she’s taken seriously every motion Stone has made since his Jan. 2019 arrest. “[T]he pleading appears to be nothing more than an attempt to use the court’s docket to disseminate a statement for public consumption that had the words ‘judge’ and ‘biased’ in it,” Jackson wrote.Earlier this month, unsealed court documents revealed that Judge Jackson denied a previous sealed motion for a new trial filed by Stone’s defense team involving a post-trial objection to one of the jurors. The individual disclosed during the jury selection process that they had a legal background and had worked for the IRS.President Trump last week addressed the sentencing of Stone, his longtime friend who briefly served as a campaign adviser in 2015, saying that what happened to him is “unbelievable” but stopping short of saying whether he would issue a pardon.”I’m following this very closely and I want to see it play out to its fullest because Roger has a very good chance of exoneration in my opinion,” Trump said.He went on to express his grievances with the forewoman of the jury, who came under scrutiny for social media posts she allegedly published prior to serving on Stone’s jury. The activity was publicly reported just days before Stone’s attorneys filed their most recent sealed motion for a new trial citing juror misconduct. The content was later removed.Trump said the jury forewoman was an “anti-Trump person totally.””It’s my strong opinion that the forewoman of the jury, the woman who was in charge of the jury was totally tainted,” he added.According to the terms of Stone’s sentencing, he is to voluntarily turn himself in to authorities to begin his prison term within two weeks of Judge Jackson ruling on his bid for a new trial. Copyright © 2020, ABC Audio. All rights reserved.