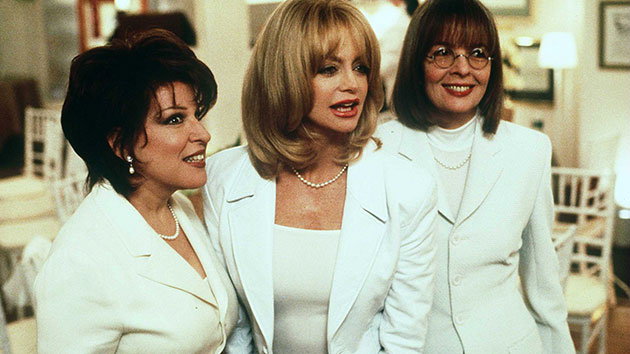 (LOS ANGELES) — It’s not a First Wives Club sequel but that’s not stopping fans of Goldie Hawn, Diane Keaton, and Bette Midler from celebrating the good news.  The ladies are teaming up once again for a brand-new movie.

According to The Hollywood Reporter, the actresses are set to star in a holiday comedy titled Family Jewels.

The three will play a group of women that are trapped together with their respective families over the Christmas holidays.

But, there’s a major twist on how the three women know each other and why they’re forced to spend this particular Christmas together.  It’s because they were once married to the same man at one point who tragically “dropped dead” while out shopping in a department store in New York City.

Movie producer Bradley Fischer tells THR that the movie will be a real treat because “The chemistry of Diane, Bette and Goldie is unmatched and irresistible.”

This will be the first time Hawn, Keaton, and Midler will star together since their 1996 comedy classic.

No other casting announcements have been made at this time.