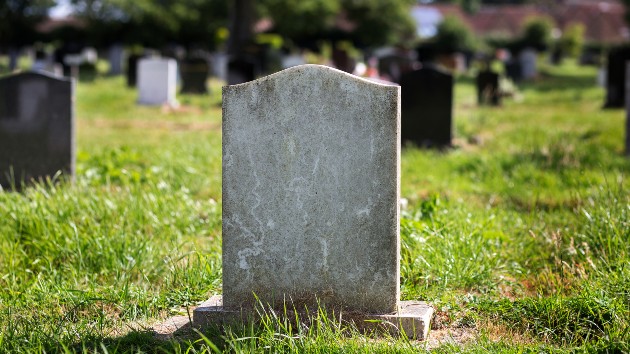 (PERRIS, Calif.) — A manhunt is on in California for an “extremely dangerous” man suspected of killing three people at a cemetery this week, authorities said. José Luis Torres Garcia, 33, has been identified as the suspect in the murders of three people whose bodies were found Monday at Perris Valley Cemetery in Perris, about 70 miles southeast of Los Angeles, officials said. The victims and the suspect knew each other, and it appears all four drove to the cemetery together, Riverside County Sheriff Chad Bianco said at a news conference Thursday.A motive is not known, the sheriff said, but he added that these were not random killings. Bianco said he believes Garcia acted alone, and that he should be considered “armed and extremely dangerous.”Investigators zeroed in on him by combing through surveillance video from across the city, which the sheriff said placed Garcia with the three victims.

The victims were identified by police as Jaime Covarrubias Espindola, 50, Jose Maria Aguilar-Espejel, 38, and Rodrigo Aguilar-Espejel, 28. The sheriff has not said how the victims were killed. A felony warrant has been issued for Garcia’s arrest, the sheriff said. A DUI warrant and a drug warrant were previously issued for Garcia, both in California, the sheriff said.Bianco has asked the public for help in finding Garcia but urges people not to make contact with him. Copyright © 2020, ABC Audio. All rights reserved.

Jill Biden cheers on Team USA as Olympic Games get underway in Tokyo, Japan
Washington state deputy shot and killed in the line of duty
What to know about antibody tests in a post-vaccine world
Lack of diversity in higher learning can be a problem for diverse student bodies
Chinese shooter Qian Yang wins 1st gold medal awarded at the Tokyo Olympics
COVID-19 vaccinations up 14% in past week, White House says