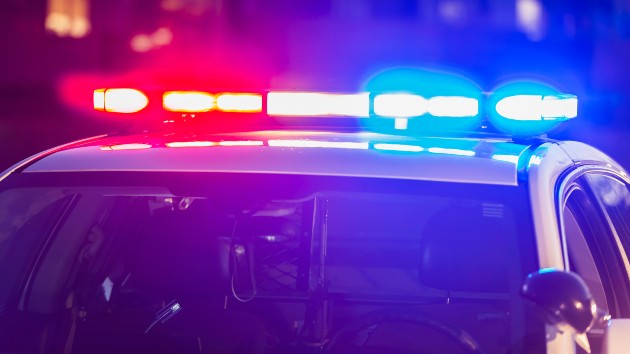 (ORLANDO, Fla.) — A U.S. Customs and Border Protection officer allegedly shot and killed his wife and two children at their Florida home before turning the gun on himself, authorities said. Deputies from the Orange County Sheriff’s Office forced entry into the Orlando residence on Thursday afternoon after receiving a report that some of the family members had not been seen since last week. Inside, they found the family of four all dead from gunshot wounds, according to Orange County Sheriff John Mina. A preliminary investigation found that the man gunned down his wife and two sons, who were in middle school and high school, and then shot himself. Their names have not been released.The man worked for U.S. Customs and Border Protection and was assigned to Orlando International Airport, according to Mina, who said there are no further suspects.”We are working this as a murder-suicide,” the sheriff told reporters at a press conference Thursday night. “There is no threat to our community.”Diane Sabatino, the director of field operations for U.S. Customs and Border Protection’s field offices in Tampa and Miami, told ABC News in a statement Friday that they “are currently working with the Orange County Sheriff’s Office to ensure that any information needed for their ongoing investigation is made available.””CBP’s Miami & Tampa Field Offices are saddened to learn of the deaths of one of our officers, who before taking his own life, took the lives of his wife and two children,” Sabatino said. “We are devastated by this tragic loss and our thoughts and prayers are with everyone affected.” Copyright © 2020, ABC Audio. All rights reserved.

Police investigate ‘suspicious’ death of mother and child at Padres stadium in San Diego
Three dead, over 50 injured in Amtrak train derailment
Thank you from 2021 Kids in Business! List of winners and photos/videos
3 dead in Amtrak train derailment in Montana
Culture thrives in America’s most Hispanic, Latino state: New Mexico
Nick Cannon teases possibility of having more children: “My therapist says I should be celibate”