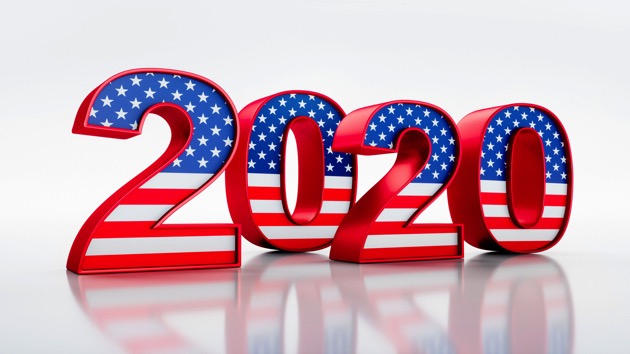 (LAS VEGAS) — As the next contest pivots to Nevada, a racially diverse state where minority voters will play a significant role, a progressive group with a $50 million investment in the 2020 election cycle is pouring money and resources into state organizations to mobilize voters ahead of caucuses.“We have to scale up to make sure we can take the big prize which is those electoral votes,” Tory Gavito, the president of Way to Win said.The progressive group, Way to Win plans to spend $50 million in ten key battleground states, moving roughly $1 million into Nevada including half a million in the last six weeks ahead of the “first in the West” contest focused on turning out communities of color, tribal communities and former felons who are able to vote in the state’s caucuses this election cycle.With investments trickling in year round to progressive organizations, groups like PLAN Action are using the funds to power their grassroots organization, aggressively canvassing, holding caucus trainings for minorities and caucus volunteer trainings for DREAMERS who are unable to vote but want to stay politically engaged.“We need long term investments to run a culturally competent campaign to earn people’s trust, to be seen as a validator in the community… I definitely see the tide is turning,” Laura Martin, Plan Action Executive Director said.While 137.5 million Americans voted in the 2016 presidential election, black voter turnout rate dropped to 59.6 percent, according to the U.S. Census Bureau. But progressive groups are hoping to build off the 2018 midterms, where voter engagement among racial and ethnic groups increased with the number of Latino voters nearly doubling from the previous midterm elections, according to Pew Research.Nevada will be a test of which candidate can appeal to minority voters.“Nevada reflects the Democratic voting profile going forward,” Robert Lang, a professor of urban affairs at the University of Nevada, Las Vegas said.“The share of white, non-college educated voters is contracting so fast, relative to other voters in the state,” Lang told ABC News. Adding, “the leading new and enfranchised citizen here is somebody of diverse background, who was born within the United States, who upon their 18th birthday is enfranchised.”The state has also restored the voting rights of former felons, an opportunity for an estimated 77,000 to vote in the the Nevada caucuses.For Jovan Jackson, a 27-year-old convicted of conspiracy of robbery — the law is a second chance.“It feels like I have my own independence day…That’s like one of the biggest things that makes you a citizen,” Jackson said.Jackson, a Las Vegas native not only plans to caucus but signed up to volunteer as a caucus site leader, taking advantage of the seminars offered through PLAN Action.“Just gives us more of an equal playing field. We all make mistakes. And I feel like you know we should be able to overcome those mistakes and be a part of society again,” Jackson said.Way to Win moved $22 million during the midterms and over $27 million in 2019. Major donor groups like Women Donors Network, Solidaire, and the Movement Voter Project have rallied behind the organization.Other progressive donors are investing heavily in the 2020 election in an effort to mobilize and register voters. Progressive Turnout Project plans on spending $45 million with an investment toward a data-driven canvassing program in 2020 across 16 target states, aiming to knock on over 7 million doors between May and Election Day. “This is the biggest election of our lives. We’ve got existential threats in front of us with climate change– the increase in polarization between the haves and have nots,” Martin said.Despite the changing demographics and the boost in funds, Lang believes the Democratic Party will be vying to unseat President Donald Trump as he makes the economy a central part of his re-election pitch.“I think the hurdle they face is that they’re running against an incumbent and if the economy looks like it’s intact. That’s usually a recipe for re-election,” Lang said.President Trump’s approval rating for handling the economy is at 52%, after peaking at 56% last month, according to the latest ABC News/Washington Post poll. Copyright © 2020, ABC Audio. All rights reserved.