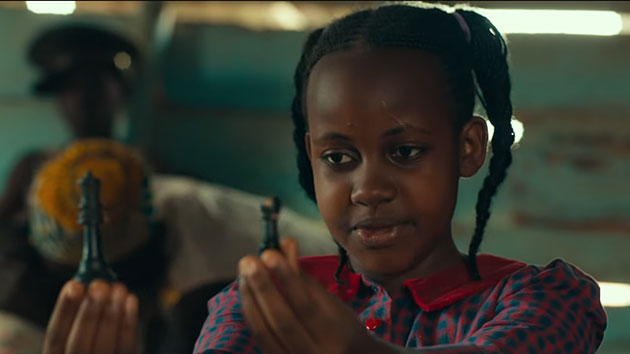 (NEW YORK) — Nikita Pearl Waligwa, the Ugandan teen who starred as a chess whiz in the 2016 Disney film Queen of Katwe, died over the weekend from a brain tumor, according to her school.

Waligwa, 15, had been attending Gayaza High School in Kampala during her illness. The school tweeted a heartfelt announcement on her passing late Saturday night.

“You were a darling to many and we have lost you to [a] brain tumor at such a tender age,” the school tweeted. “Rest in Perfect Peace dear.”

Queen of Katwe is based on real-life Ugandan chess player Phiona Mutesi, who came from the slums to be one of the top players in the world. Waligwa played Gloria, Mutesi’s friend and fellow chess player who says of chess, “the small one can become the big one.”

The movie was a hit among Ugandan audiences, who saw local actors on the same screen as fellow Queen of Katwe Hollywood stars Lupita Nyong’o and David Oyelowo.

Oyelowo shared his condolences on Instagram Sunday.  “She was a ball of light in @queenofkatwemovie and in life,” he wrote.

For her part, Nyong’o posted on her Instagram that Waligwa was a “sweet, warm, talented girl…. May she truly rest in peace. May it be well with her soul.”