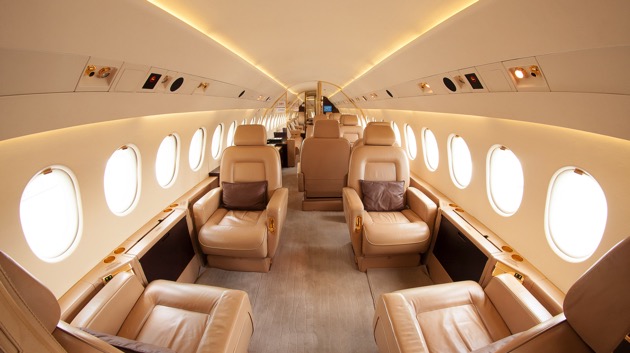 (NEW YORK) — With many commercial flights to and from mainland China suspended due to the coronavirus outbreak, charter and private jet operators say it’s been “all systems go” for them amid the global health emergency.Once thought to be reserved for ultra-wealthy jetsetters, these planes have also been recruited by governments to repatriate foreigners within China or to send medical supplies to the impacted region.  Specific data on charter jet travel is not publicly available, but a handful of the major operators have said they have been flooded with requests, especially to and from mainland China, due to the outbreak.”Over the last four weeks, the number of coronavirus related inquiries Air Partner has received across the business has increased,” Air Partner, a global aviation services group, said in a statement. “This includes increased Private Jet inquiries, requests for medical equipment cargo flights and emergency evacuations.”The company was called upon by officials to repatriate hundreds of British and European Union nationals from the epicenter of the outbreak in Wuhan, China, to the U.K.”The coronavirus outbreak has been an extremely difficult time for everyone involved and we are very pleased to have safely repatriated a large number of British and EU nationals on behalf of the U.K. government,” Mark Briffa, the CEO of Air Partner, said in a statement.The company has transported 338 passengers out of Wuhan and also arranged the transportation of 608 boxes of medical supplies to the Chinese city.Air Charter Service, a charter company based in the U.K., said it has also been inundated with requests due to the travel disruption caused by the coronavirus outbreak.“Since the outbreak our offices around the world have been arranging flights on local charter aircraft as the world deals with the travel disruption and overall cut to capacity to the region,” Justin Lancaster, the company’s commercial director, said in a statement.He added that in addition to flying passengers, they have transported 100 metric tons of surgical masks, and that “it has been all systems go since the epidemic was first reported.””Some customers have tried to avoid infection by flying with their families on private jets to avoid travelling on commercial aircraft with a large amount of people, whereas several organisations, as well as governments, have evacuated en masse on larger aircraft, such as an Airbus A380,” Lancaster said.”We have also flown various relief cargo into the region, including, protective overalls, medical gloves and millions of surgical masks,” he added.PrivateFly, a booking service for on-demand private jet charter, said they have also noticed an uptick in demand for private flights due to coronavirus.Adam Twidell, the CEO of PrivateFly, told ABC News in a statement that the company is “certainly seeing increased demand for private flights out of China, and have had a significant number of inquiries over the past two weeks, from groups and individuals.”Twidwell said that one was to “set up four flights out of Wuhan for hundreds of passengers for a government client in South America.”Even charter and private flight companies, however, have reported that they haven’t been able to meet all the requests they’ve received.”The logistics are very complex and the situation is changing all the time, but currently a number of charter operators have paused their operations in the region,” Twidwell said.The coronavirus outbreak in China continues to dampen global economic activity. As of Tuesday, officials in the country confirmed 72,531 cases of coronavirus and 1,870 deaths due to the virus.American Airlines announced last week it was extending its flight suspensions to mainland China and Hong Kong through late April. Other U.S. commercial airlines including Delta Airlines and United Airlines have suspended flights to China through late March and to Hong Kong through late February. Copyright © 2020, ABC Audio. All rights reserved.