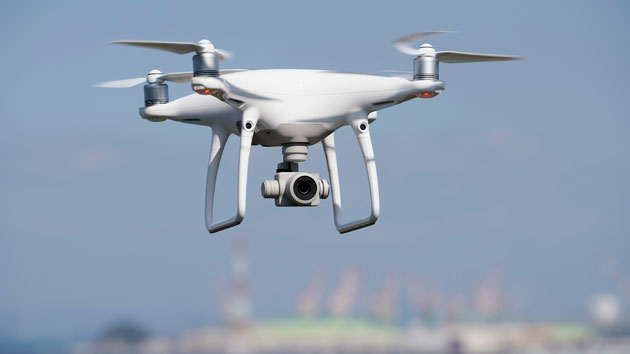 (ENFIELD, Conn.) — Police used a drone to locate a missing blind man in Connecticut who had become lost in a wooded area for over 30 hours.A family member of the blind man contacted the Enfield Police Department on Feb. 15, saying they were concerned as they were unable to make contact with him, police said in a statement posted to Facebook. The police statement does not name the individual.Officers determined that the man had not been seen since 10 a.m. the previous day. Based on their investigation and understanding of the missing man’s previous behavior, officers determined that it was likely that he had walked away from his home and become disoriented.Investigators were concerned that the low temperatures in the area put the missing man at risk of hypothermia and contacted colleagues in the Vernon Connecticut Police for assistance. A drone pilot from that force joined the search.The drone located the missing man in a wooded area after 30 minutes of searching. Video shot by the drone and released by authorities show first responders carrying a gurney.“If he wasn’t found today, you know, tomorrow might have been a different story,” Sgt. Todd Thiel of the Vernon Police Department, who piloted the drone, said in an interview with Fox 61 TV.“It’s similar to kind of looking for a needle in a haystack… I just happened to spot something” Thiel said of the search.The man told authorities who came to his aid that he had become disoriented due to medical conditions. He also said that he had been outside for approximately 33 hours and had endured chilly overnight temperatures of around 9 degrees Fahrenheit.Police said that he was taken to a local hospital for evaluation and treatment.