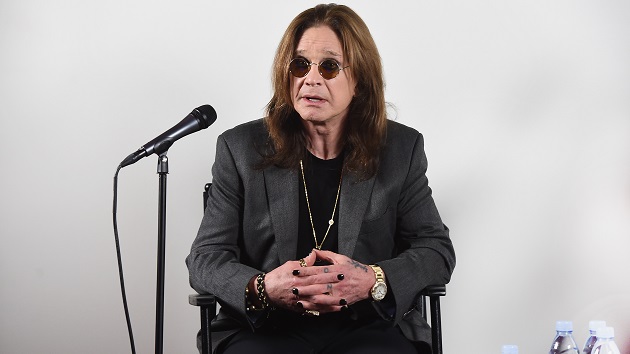 The news was announced on Monday and, according to the press release, the decision was made “to accommodate fans who’ve been holding tickets for rescheduled shows.” As fans likely remember, in February  2019, the 71-year-old rock legend postponed his tour dates after he suffered a fall and once again after coming down with pneumonia.

“I’m so thankful that everyone has been patient because I’ve had a s**t year,” Osbourne said in a statement. “Unfortunately, I won’t be able to get to Switzerland for treatment until April and the treatment takes six-eight weeks. I don’t want to start a tour and then cancel shows at the last minute, as it’s just not fair to the fans.”

During an interview in January, the Black Sabbath frontman and his wife, Sharon Osbourne, sat down with Robin Roberts on Good Morning America and revealed that he had been diagnosed with Parkinson’s disease, a neurodegenerative disorder that progresses slowly in most people that currently has no cure.

Despite the unfortunate news about No More Tours 2, Osbourne plans to make it up to ticket holders. Not only will fans be issued a refund, they will also be first to have access to purchase tickets when the next tour is announced.