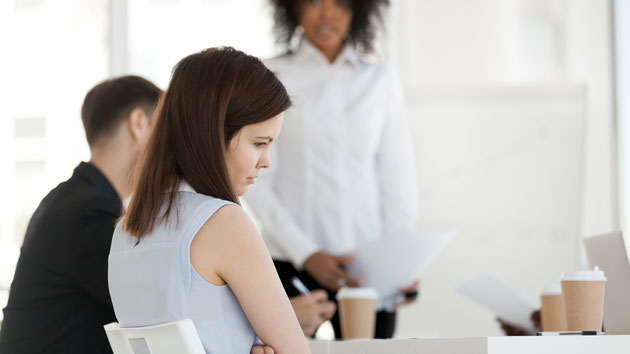 (NEW YORK) — Many of those who’ve exhibited lifelong antisocial, aka sociopathic, behavior — lying, impulsiveness, aggression, lacking concern for others — have abnormal brain structures, according to a new study.MRI scans on the brains of 672 people with lifelong antisocial behavior showed a particular thinning of cortex and reduced cortical surface area in parts of the brain responsible for thinking, motivation and controlling emotions, according to research just published in The Lancet Psychiatry.Those brain structures then were compared with people who only exhibited similarly antisocial behavior from ages 7 to 26. Similar changes weren’t found.”Our study provides evidence of clear structural brain differences between individuals with life-course-persistent antisocial behavior (who are fewer in number, with poorer prognosis and more urgent treatment need) than those on the adolescence-limited (who are more numerous with a relatively good prognosis),” the authors wrote.Children and adolescents exhibiting antisocial behaviors are at increased risks of incarceration or probability of poorer physical and mental health outcomes later in life. The results of the study show the possibility of anatomical brain differences in those with antisocial-like behavior, which could lead to better policy-related outcomes, with more individuals treated at inpatient mental health facilities than placed behind bars.Those with life-course-persistent antisocial personality behavior would have better outcomes if signs were detected earlier in life, along with earlier interventions in childhood, according to the study.Signs in children, including stealing, vandalism, setting fires, cruelty to animals or others, performing poorly in school or running away can be seen in persons as young as 8.A high number of these children with so-called conduct disorders — about 40% of boys, 25% of girls — grow up into antisocial adults with destructive lifestyles. A smaller number go on to develop antisocial personality disorder or, its most severe form, psychopathy, which in some cases may include committing murder or rape.Adults who consistently engage in antisocial-like behavior often are diagnosed with antisocial personality disorder.Approximately 2% to 5% of the U.S. population has antisocial personality disorder, which is about three times more prevalent in men than in women. These individuals are unable to feel guilt or remorse, which leads many of them to commit crimes, research shows.”Antisocial personality disorder is a diagnosis we assign to adults who disregard or violate the rights of others as in ingrained pattern that starts by the age of 15,” said Dr. Neha Chaudhary, a child, adolescent and adult psychiatrist at Massachusetts General Hospital and Harvard Medical School.”While they may come off as superficially charming, they typically use that to manipulate or exploit others,” added Chaudhary, also the cofounder of Brainstorm, Stanford’s Lab for Mental Health Innovation.More research is required to determine stronger causalities between antisocial behavior and abnormal brain structure — whether the brain differences are more likely to be genetic or the result of living a lifestyle many would consider antisocial.That said, Chaudhary also agreed that “intervening early” with treatments, including several forms of therapy that stave off some of the worst behaviors, could be “especially helpful.”This article was written by Yalda Safai, MD, MPH, a psychiatry resident in New York City and contributor to the ABC News Medical Unit.Copyright © 2020, ABC Audio. All rights reserved.