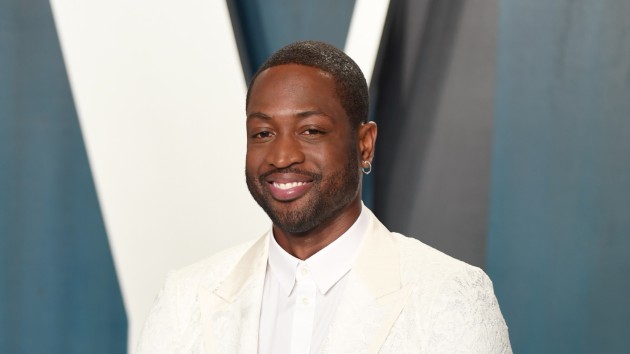 (NEW YORK) — Retired NBA great Dwyane Wade is offering a rare glimpse into his life on and off the basketball court in a new personal documentary, D. Wade: Life Unexpected, including how his family is supporting his 12-year-old daughter Zaya’s gender identity. “Myself and my family, we love the fact that she doesn’t have to hide who she is,” Wade told ABC News’ Good Morning America co-anchor Robin Roberts on Tuesday. “She is our leader.” Wade said that Zaya, who was originally named Zion and born a boy, has “known it for nine years, since she was 3 years old,” he said. “Zaya started doing more research. She was the one that sat down with us as a family and said, ‘Hey I don’t think I’m gay.’ And she went down the list and said this is how I identify myself — I identify myself as a young lady. I think I’m a straight trans, because I like boys,'” he explained. “It was a process for us to sit down with our daughter and find out who she is and what she likes and not put something on her — we decided to listen to her and she’s leading us on this journey.”Wade opens up about his dynamic basketball career and his deeply personal journey in a new documentary film from ESPN, exploring his role as a husband and father and how he and his wife, actress Gabrielle Union, decided to reveal this part of their family.”I struggled on how much I wanted to talk about it in the doc, I actually did talk about it a lot, but I knew if I put it in the doc at all it would be a big conversation,” Wade said about the sensitivity navigating the discussions about their trans child. “This is no game to us. We’re about protecting her heart and about protecting her joy and we have to support them.” He went on, “As parents its our job to sit back and figure out and find the most information that we can. We’ve researched as many things as we can to try to help not only our family, but other people in this journey and along the way because one thing we do know as a family we’ve been through so many things that other families go through and they say ‘thank you guys for speaking out on it, thank you for being a face and a voice because we can’t.'”The three-time NBA champion and Olympic star added that “the biggest thing is to have an open mind” and “have conversations with your kid.” “I knew early on that I had to check myself — that I had to ask myself questions,” he explained. “As I got older and as I watched my daughter grow I had to look at myself in the mirror and say ‘who are you? What are you going to do if your child comes home and says dad, I’m not a boy — what are you gonna do?’ And that was my moment of real.” He continued, “My daughter was my first interaction when it comes to having to deal with this conversation. Hopefully I’m dealing with it the right way — inside our home we see the smile on my daughter’s face, we see the confidence that she’s able to walk around and be herself and that’s when you know you’re doing right.” D. Wade: Life Unexpected, a new feature documentary from ESPN Films and Imagine Documentaries, will debut on Sunday, Feb. 23, at 9 p.m. ET on ESPN. Copyright © 2020, ABC Audio. All rights reserved.

‘The Nanny’ cast reunites for a Zoom read-through of the show’s first episode
Birx avoids treating her grandchild with high fever, cites fear of infecting Trump
US works to assure allies, deny allegations of seizing supplies in ‘mask wars’
Coronavirus government response updates: Navarro warned White House of virus danger in January
‘Pink Moon’ on Tuesday night will be largest supermoon of the year
Crime victim calls it a ‘slap in our faces’ as violent offenders are released from Rikers over COVID-19 concerns