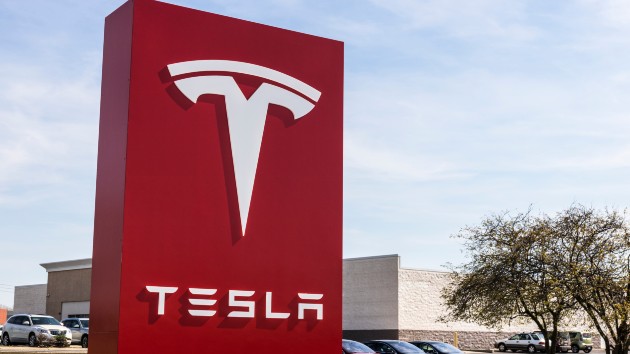 (BERLIN) — A court in Germany has ordered construction at the site of Tesla’s first European Gigafactory to be temporarily halted after legal complaints from an environmental group. The Higher Administrative Court of Berlin-Bradenburg ruled this weekend that an appeal from the Green League Brandenburg over the removal of trees at the future site of the electric vehicle plant must be considered, according to DW, Germany’s state-sponsored public broadcaster.The Green League filed an emergency appeal on Friday calling for the immediate stop to the tree felling.The appeal comes after the local environmental office gave Tesla initial permission to clear 92 hectares of forest, or about 277 acres, for the upcoming Gigafactory.Bradenburg’s economy minister Joerg Steinbach tweeted that Tesla and the state environmental agency have until Tuesday to respond to the court ruling. Tesla did not immediately respond to ABC News’ request for comment Monday. The company outlines its commitment to “improving the natural environment near the factory and in the wider state of Bradenburg” on on its website. “We aim to replant an area three times the factory plot, with mixed trees native to their habitat and the potential to become an old growth forest, while working with environmental and other expert groups for the best possible outcome,” the company states. Tesla CEO Elon Musk announced in November that the company’s first Gigafactory in Europe would be in the Berlin area and would make batteries, powertrains and electric vehicles starting with the Model Y.In a memo to investors prior to the announcement, Tesla said that the European Gigafactory is expected to produce Model 3 and Model Y vehicles and that production is expected to begin in 2021.Tesla currently has two Gigafactory’s located in the U.S. — in Nevada and upstate New York — and one in Shanghai, China. Last month, Tesla overtook Germany’s Volkswagen to become the second most valuable automaker in the world when its market value surpassed the $100 billion mark. Copyright © 2020, ABC Audio. All rights reserved.