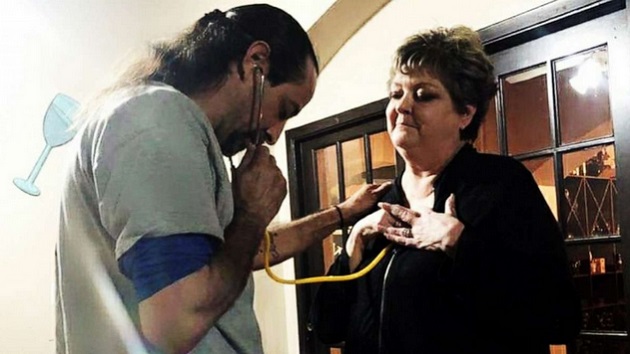 (DALLAS) — A Texas father had another chance to hear his son’s heartbeat — nearly two years after he died.In a touching video, Jordan Spahn listens via a stethoscope to Kristi Richard Russ’ chest. Russ was a recipient of Spahn’s late son’s heart.”So strong, so strong,” Spahn says in the video.”That it is,” Russ tells him. “When it’s quiet at night we can hear it without the stethoscope.”Matthew Spahn, Jordan’s son, was 21 years old when he was struck by a vehicle walking home and later died in October 2018, Summer Mossbarger, Jordan Spahn’s fiancee told ABC News. Matthew was an award-winning runner.”Yeah, he’s probably out there running laps,” Spahn says in the video as he listens to his son’s heart beating in Russ’ chest.Since Matthew’s untimely death, he has donated seven organs, saving the lives of up to five people — including Russ.