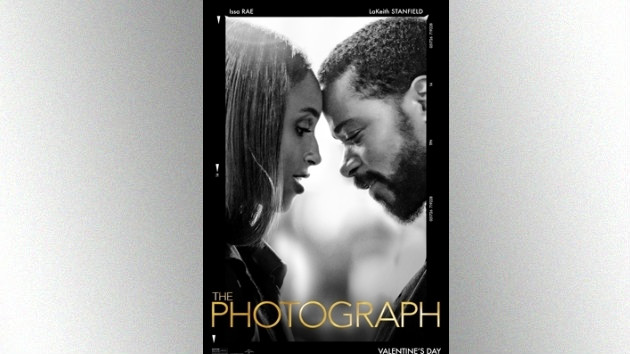 (LOS ANGELES) — Kelvin Harrison Jr. is gushing over his co-stars in The Photograph — Issa Rae and Lakeith Stanfield — who he says have been true inspirations to him as an young actor.

In the Stella Meghie romantic drama, Harrison Jr. plays Andy, an intern and aspiring journalist at Stanfield’s news outlet, The Republic. Harrison tells ABC Audio that after he got the role and realized he’d be working with Rae, he immediately decided to “binge watch” all of Insecure to catch up.

“I was like, ‘Oh, my God.’ Like, I’ve never seen so many people, like, talk about relationships and just, like, social dynamics in a way that I saw myself,” he says of Rae’s HBO comedy, which follows the life and relationships of a modern-day black woman.

“And, I was like, ‘This is how I talk to my friends. This is how my ex-girlfriend and I sound like…Like, this is how we sound,” he continues. “And it was just so dope to experience that with her and see how she works as well, and how she communicates with me and Lakeith.”

When it comes to Stanfield, whose character serves as mentor to Andy in film, Harrison Jr. says he was excited to work with someone he’s followed and admired over the years.

“I remember seeing him in Short Term 12,” he says. “That was his first breakout role. And I was so enamored by his performance and his vulnerability, and how raw he was.”

As for the film — which also stars Chante Adams, Lil Rel Howery, Teyonah Parris, Y’lan Noel, Courtney B. Vance and Rob Morgan — Harrison says being on set was so much fun that it didn’t feel like work.

“So, to be able to work with these people that I’ve looked up to and introduced to these new artists that I have so much respect for was like…it was just like a big black field day,” he laughs. “It was just amazing.”

The Photograph is now in theaters.