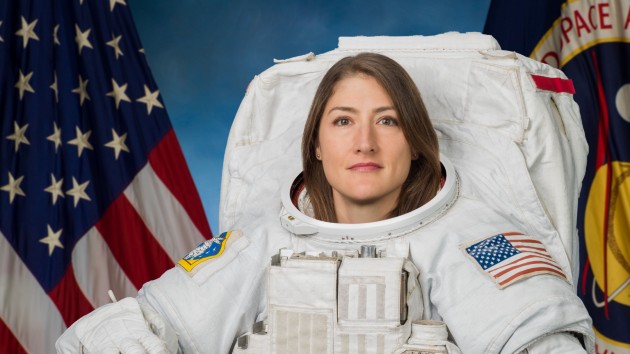 (NEW YORK) — When astronaut Christina Koch returned home this week from a nearly 11-month space mission, she said she wasn’t “sure who was more excited” about it: her or her dog.The record-breaking astronaut posted a video to her Twitter on Thursday showing the joyous reunion during which her rescue dog, LBD (short for Little Brown Dog), couldn’t contain herself.”Not sure who was more excited. Glad she remembers me after a year!” Koch, 41, said in the Twitter post.

Not sure who was more excited. Glad she remembers me after a year! pic.twitter.com/sScVXHMHJn

Koch returned to her home after landing in Kazakhstan from a 328-day mission to the International Space Station. The trip shattered the record for the longest single spaceflight by a woman, which was previously held by retired NASA astronaut Peggy Whitson, who set the record with 288 days in space in 2017.”I didn’t necessarily know what this mission was going to turn into when I launched,” Koch told ABC News’ senior transportation correspondent David Kerley in an interview from the space station last month. “But I think one of the things about the astronaut corps is that we are taught to be adaptable and to be ready for anything in a mission that comes our way.”Koch, an electrical engineer, was part of the first-ever all-woman spacewalk along with fellow U.S. astronaut Jessica Weir in 2019. Copyright © 2020, ABC Audio. All rights reserved.