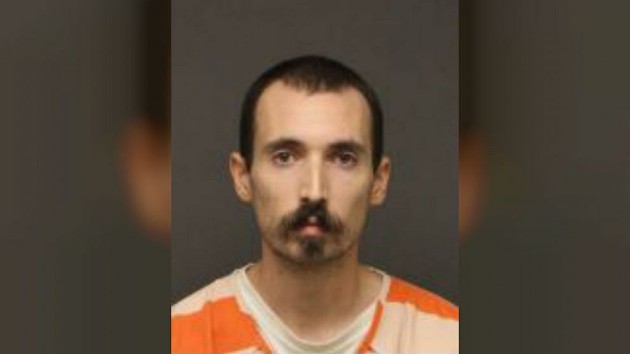 (NEW YORK) — A man in Arizona has pleaded guilty to terrorism charges stemming from a June 2018 incident in which he created a barricade with an armored vehicle at the Hoover Dam, apparently in support of the far-right QAnon movement.Matthew Wright, 32, pleaded guilty on Feb. 4 to making a terroristic threat, aggravated assault and unlawful flight from pursuing law enforcement vehicle.Wright, armed with a rifle in a black armored truck, blocked the Mike O’Callaghan-Pat Tillman Bridge over the Colorado River at the Hoover Dam, where the Arizona and Nevada state lines meet. According to the Arizona Department of Public Safety, when authorities arrived, Wright was standing next to the vehicle with a sign that read, “Release the OIG report,” known as a prominent demand of QAnon followers.After a nearly hour-long stand-off, Wright fled in his vehicle, driving over tire deflation devices and past law enforcement. Despite three deflated tires, he continued to flee state troopers for more than half an hour until he was apprehended along a dirt road heading toward the river, the ADPS said.Two assault-style rifles, two handguns and 900 rounds of ammunition were found in the armored truck.He was initially charged with obstruction of a highway, endangerment, unlawful flight from law enforcement, misconduct involving a weapon and terrorist acts, on June 15, 2018.Followers of the QAnon conspiracy theory believe there is an anonymous figure inside the federal government, known as Q, who has inside knowledge into President Donald Trump and the deep state, and allegedly provides cryptic clues for people on the internet to decode. Many also believe that the government is hiding a secret report by the Justice Department’s Office of the Inspector General.Wright’s sentencing is scheduled for March 4. Copyright © 2020, ABC Audio. All rights reserved.

‘The Connors’ dedicates live season four premiere to Norm MacDonald
Mom dying of ovarian cancer shares what she wants women to know about the deadly disease
Jada Pinkett Smith celebrates 50th birthday on ‘Red Table Talk’; ABC to adapt Baratunde Thurston’s ‘How to Be Black’
Ray J responds to rumors of a second sex tape with Kim Kardashian: “This ain’t cool”
Biden agrees with France’s Macron that sub snub could have been handled better
Is It Time To Go All-In On The Raiders?