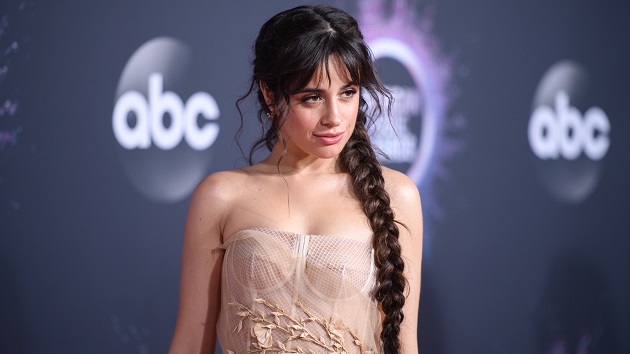 (NEW YORK) — If you need another reason to watch the Camila Cabello-led Cinderella remake, wait until you hear who else has been added to the star-studded cast list.

Deadline reports that rapper Missy Elliott, comedian John Mulaney, and late night talk show host James Corden have all signed on to the movie.  Elliott will reportedly play the Town Crier while Mulaney and Corden will star alongside stand-up comic Romesh Ranganathan as Cinderella’s mice sidekicks.

Cinderella will be Elliott’s third movie. The five-time Grammy winner was previously cast in the films Pootie Tang and Shark Tale – along with being cast as herself for four other projects.

As for Mulaney, he’s still on the animal-kick for his second movie role, as he previously lent his voice to play Spider-Ham in Spider-Man: Into the Spider-Verse.

On the other hand, Corden — who has starred in several movie musicals from Trolls to Into the Woods — is the one who “cracked the idea” of this reimagined version of Cinderella. Because of this, he will also be given credit as one of the film’s producers.

The cast already boasts several A-listers, such as Frozen 2 star Idina Menzel playing opposite of Cabello as the evil stepmother while Pose star Billy Porter will come to the “Havana” singer’s rescue as her fairy godmother.

In addition, Pierce Brosnan will take on the role as the King, while Maddie Baillio and Charlotte Spencer will play Cabello’s wicked stepsisters.

Cinderella will hit theaters February 5, 2021.  While Disney may have recently come out with a live-action remake of its classic animated film, the fairy tale itself is in the public domain.

Traveling over the holidays? Experts say take advantage of vouchers and lack of change fees
COVID-19 live updates: CDC director stands by decision to overrule panel on boosters
Police investigate ‘suspicious’ death of mother and child at Padres stadium in San Diego
‘Moulin Rouge! The Musical’ ﻿and ﻿’A Christmas Carol’ ﻿win big at 74th annual Tony Awards
‘Shang-Chi and the Legend of the Ten Rings’ dominates box office for fourth straight week
Elon Musk and Grimes have split up: “We are semi-separated”