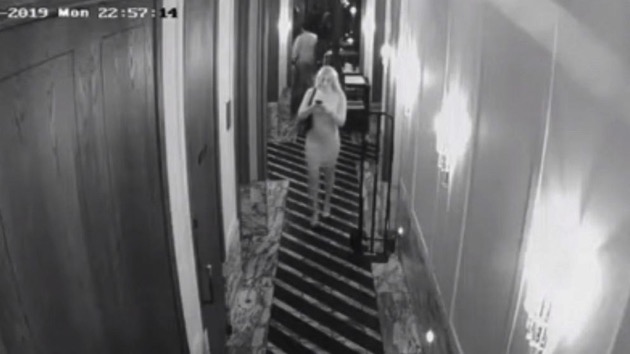 (LOS ANGELES) — Los Angeles police have released images of two young women they’re looking to find after they allegedly targeted two men, stole expensive watches and left one of them unconscious.The two women, both believed to be in their 20s, met the two men at an “exclusive” Los Angeles restaurant on Oct. 28, 2019, the Los Angeles Police Department said on Monday.The suspects and the men then went to the home of one of the victims, where the women allegedly mixed alcoholic drinks “which were later consumed by the victims,” said police.One of the women, described as having blonde hair, stayed inside with one of the men as the second woman, who was wearing a red wig, went outside with the other victim, police said.The second suspect then went inside to use the restroom, and when she didn’t come back, the second victim went inside to check on her, police said.That’s when he realized both women were gone and his friend was lying unconscious in a bedroom, police said.The victim was taken to a hospital and is in serious but stable condition, police said.They later learned that two “very expensive” watches were stolen from the home, said police.The LAPD declined to provide further information on the incident to ABC News on Tuesday but said anyone with information is asked to call the police at (213) 486-6940 or 1-877-LAPD-24-7.Copyright © 2020, ABC Audio. All rights reserved.