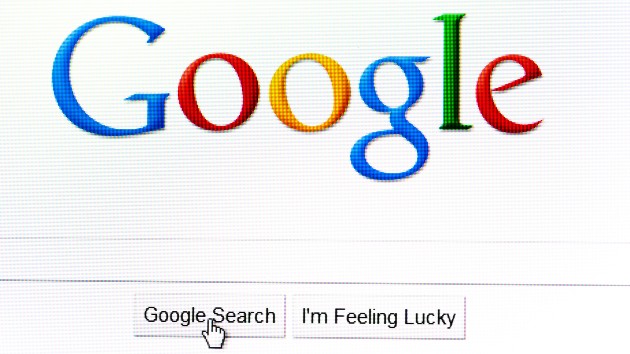 (NEW YORK) — A new ad from Google shows that black Americans are in the public spotlight, perhaps more than ever, often ranking high in many Internet searches.In honor of Black History Month, Google launched “The Most Searched,” an ad that debuted during the Grammy Awards show. The ad was built from “aggregate Search trends data” to identify “black icons, events and movements that were the most searched within a specific category or field in the U.S.,” said Shea Jackson McCann, Google creative strategist, in a blog post. The search data spanned from Jan. 1, 2004 — when U.S. Google Search data first became available — to July 1, 2019.Many of the most-searched people have been African Americans and many of the most-searched categories are ones related to black culture — data that Google turned into a visually powerful ad.The ad kicks off with Beyonce’s 2018 Coachella performance, captioned with “the most searched performance.” Her song “Countdown” plays throughout the ad.The ad also features many present-day icons such as LeBron James (most-searched athlete), RuPaul (most-searched drag queen), Serena Williams (most-searched tennis player) and John Legend (most-searched EGOT — Emmy, Grammy, Oscar and Tony winner), as well as historic figures such as the late poet Maya Angelou, highlighting her as the most-searched female poet, and Malcolm X, citing his as the most-searched biography.The montage-style video also includes several pivotal moments during the Civil Rights movement: Martin Luther King Jr.’s “I Have a Dream” speech, the segregated lunch counter sit-in in Greensboro, North Carolina, and the Montgomery, Alabama, bus boycott ignited by Rosa Parks’ refusal to give up her bus seat to a white person.The ad also honors Katherine Johnson of “Hidden Figures,” as the most-searched NASA mathematician. In the ad, Google noted, “U.S. search interest for ‘women in STEM’ has also increased 2,300% in the past decade.””Last year, as Dr. Martin Luther King Jr. Day approached, our team had a hunch that his monumental ‘I Have A Dream’ speech might be the most searched speech in the United States in Google Trends history,” said McCann in a blog post on the company’s website.”These trends can also help us understand what has endured, what has captivated our attention over time, who has had an undeniable influence on history, and who is shaping our future,” read a statement on Google’s website about the ad.The website offers additional details on the methodology used to measure the data.”Yes, I’m Black! I’m proud of it! I’m Black and beautiful!,” wrote Bernice King in a tweet that also featured Google’s ad. King is the youngest daughter of Martin Luther King Jr.Symone D. Sanders, special adviser to Joe Biden’s presidential campaign, tweeted, “Big Monday morning energy after watching the company’s ad for Black History Month.””‘Most Searched’ tells a powerful story about how the Black community has helped shape and influence American culture. It also shows the tremendous collective interest in our history,” Jackson McCann said in the blog post.

Culture thrives in America’s most Hispanic, Latino state: New Mexico
Generational wealth implications: Black and Latino-owned homes are more likely to be undervalued
Arrest warrant issued for Brian Laundrie in Wyoming as search presses on: Live updates
Jada Pinkett Smith celebrates 50th birthday on ‘Red Table Talk’; ABC to adapt Baratunde Thurston’s ‘How to Be Black’
“No one is safe. Not one of you.”: Johnny Depp decries ‘cancel culture’
Melissa Joan Hart reflects on ‘﻿Sabrina the Teenage Witch’﻿ ahead of show’s 25th anniversary