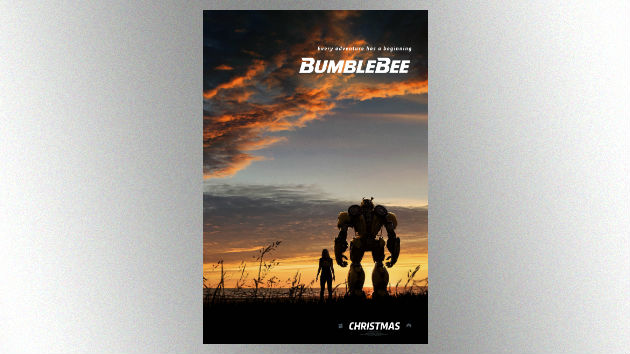 (LOS ANGELES) — Paramount is revving up two new Transformers films, in a continuation of a franchise that has made nearly $5 billion at the global box office.

The franchise that saw success with four big-budget, bombastic Michael Bay-fronted films took a different tack with 2018’s Bumblebee, a smaller-budgeted film starring Hailee Steinfeld that was a coming-of-age story that just so happened to co-star the titular Transformer.

While the movie pulled in a franchise-low of $460 million worldwide, its smaller budget and critical acclaim — both rare for a movie about transforming robots — scored the film as a success.

The two new films are set in the Transformers universe, but only one will be directly connected to the Bumblebee story, according to Deadline.

The trade reports one film is being written by Murder Mystery’s James Vanderbilt, and centers on the transforming animal robot animated series Transformers: Beast Wars.

The other film, based on the Bumblebee universe, is reportedly being fronted by Joby Harold, an executive producer on John Wick: Chapter Three — Parabellum.

Both films will reportedly feature all-new casts.  No directors of release dates have yet been announced.

Pastor says addressing resistance to Biden administration is part of the job
John Krasinski, Dan Levy, Regina King are the first ‘SNL’ hosts of 2021
Disney moves ‘The King’s Man’, ‘Bob’s Burgers’ film, as COVID-19 shut-downs continue
Lawmakers outraged at images of National Guard sent from Capitol to parking garages
As nursing homes get vaccine, assisted living centers are left ‘falling through the cracks,’ experts say
‘Game of Thrones’ prequel, ‘Tales of Dunk and Egg’, in the works at HBO