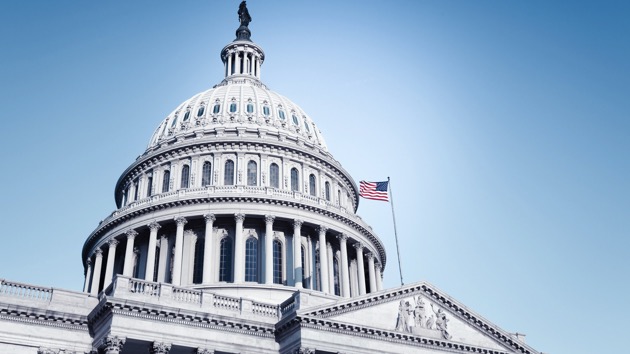 (WASHINGTON) — House managers, who continue to argue the Senate should subpoena additional witnesses and documents from an uncooperative White House, on Friday will detail President Donald Trump’s resistance in making their case for the second article of impeachment — “obstruction of Congress” — in their final day of arguments when his trial resumes at 1 p.m.Democrats now have less than eight hours left before the president’s legal team takes the Senate floor on Saturday to begin up to 24 hours of opening arguments over three days.Senators are preparing for an abbreviated session on Saturday, with sources telling ABC News to expect a 9 a.m. to noon schedule, concerned Trump’s defense team’s opening arguments may get buried over the weekend.President Trump weighed in Friday morning on the Saturday session, calling it “Death Valley in T.V.””After having been treated unbelievably unfairly in the House, and then having to endure hour after hour of lies, fraud & deception by Shifty Schiff, Cryin’ Chuck Schumer & their crew, looks like my lawyers will be forced to start on Saturday, which is called Death Valley in T.V.,” Trump tweeted.On Thursday, House managers argued the constitutional underpinnings of their abuse-of-power case against President Trump — saying that his effort to pressure Ukraine into a investigation into his political opponent was exactly what the framers guarded against when they gave Congress the power to remove a sitting president. They also laid out in great detail how Rudy Giuliani, under Trump’s direction, conducted a shadow diplomacy in Ukraine to further the president’s political interests, they say, and pursued a discredited conspiracy theory that Kyiv interfered in the 2016 U.S. election.In his closing statement, Rep. Adam Schiff, the lead House impeachment manager, made an impassioned plea, telling senators that Trump’s actions demonstrate he puts himself over country and that they must remove the president if they find he is guilty of the accused actions.”If you find him guilty you must find that he should be removed,” Schiff said, “because right matters. Because right matters and the truth matters, otherwise we are lost.”Democrats also detailed a defense of former Vice President Joe Biden and the role his son, Hunter Biden, played on the board of Burisma, a Ukrainian oil company, seeming to prepare for counterattacks likely to come when Trump’s legal team takes the stage. They argued there’s no evidence of any wrongdoing and pursuing the Bidens is irrelevant.Trump’s personal attorney, Jay Sekulow, said upon hearing the Democrats’ defense of Biden that their team would determine the appropriate way to respond now that Democrats “opened the door” to the Bidens.”What I don’t understand is for the last five hours, it’s been a lot about Joe Biden and Burisma,” Sekulow said after Thursday’s dinner break. “They kind of opened the door for that response. So we’ll determine as a defense team the appropriate way to do it.”Behind closed doors, the Senate Republican leadership is also laying the groundwork in its caucus for a vote against subpoenaing witnesses by warning that a guaranteed White House court fight over executive privilege would stall the trial and paralyze the Senate for months.GOP Sen. Lisa Murkowkski of Alaska, one of the four GOP senators Democrats would need to support their call for witnesses, pointedly criticized the Democrats’ strategy.”The House made a decision that they didn’t want to slow things down by having to go through the courts,” Murkowski told CNN. “And yet now they’re basically saying, ‘You guys gotta go through the courts. We didn’t, but we need you to.'” Copyright © 2020, ABC Audio. All rights reserved.

For Bernie Sanders, radical views once extended to theories on what causes cancer
Babysitter takes video of self with gun, accidentally shoots 10-year-old: Sheriff
Bette Midler to appear at GLAAD Media Awards for first time ever
Don’t say his name: Jordan Peele brings back 90s R&B, and a whole lot of bees, in new ‘Candyman’ trailer
Star Elisabeth Moss says ‘The Invisible Man’ is for all the “invisible” women out there
Sunny Hostin, Meghan McCain criticize Trump’s appointment of Pence to lead coronavirus response on ‘The View’