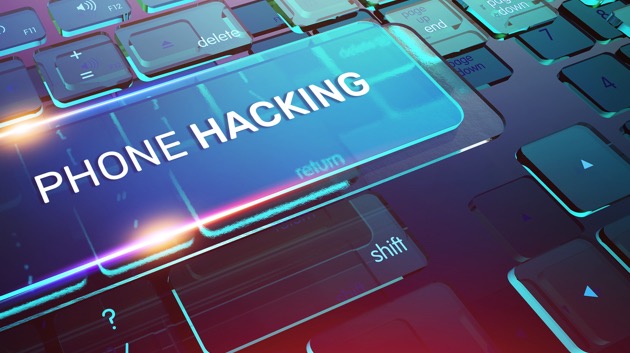 (UNITED NATIONS) — United Nations officials said they have information that suggests Saudi Arabia may have attempted to hack Amazon CEO Jeff Bezos’ phone in an effort to “influence, if not silence” the Washington Post’s reporting on the kingdom.Bezos is the owner of the Washington Post, where Saudi dissident Jamal Khasshogi worked as a columnist before he was murdered by Saudi government agents in October 2018.Moreover, the U.N. officials directly linked Crown Prince Mohammed bin Salman to the alleged hacking. Bezos and Mohammed reportedly exchanged phone numbers at a dinner in Los Angeles during the Saudi leader’s 2018 tour of the U.S.”The information we have received suggests the possible involvement of the Crown Prince in surveillance of Mr. Bezos, in an effort to influence, if not silence, The Washington Post’s reporting on Saudi Arabia,” Agnes Callamard, U.N. Special Rapporteur on summary executions and extrajudicial killings, and David Kaye, U.N. Special Rapporteur on freedom of expression, said in a joint statement Wednesday.The findings are important amid the “ongoing evaluation of claims” linking the Crown Prince to Khashoggi’s murder, the U.N. officials added.They called for an immediate investigation by U.S. and other authorities into the hacking of Bezos’ phone, and into Mohammed’s alleged involvement in Khashoggi’s murder.”The circumstances and timing of the hacking and surveillance of Bezos also strengthen support for further investigation by U.S. and other relevant authorities of the allegations that the Crown Prince ordered, incited, or, at a minimum, was aware of planning for but failed to stop the mission that fatally targeted Mr. Khashoggi in Istanbul,” Callamard and Kaye said.Bezos’ phone was hacked at some point between May and June 2018. Two close associates of Khashoggie, Yahya Assiri and Omar Abdulaziz, were also hacked using the same Pegasus malware during the same time period, the officials said.The gruesome murder of Khashoggi at the kingdom’s consulate in Istanbul, Turkey, have roiled U.S-Saudi relations in recent years and led to international outrage.Saudi Arabia’s public prosecutor announced last month that five men have been sentenced to death for their roles in the killing of Khashoggi.Ahead of the U.N.’s statement Wednesday, the Saudi embassy in the U.S. called the reports of the kingdom hacking Bezos’ phone “absurd.””Recent media reports that suggest the Kingdom is behind a hacking of Mr. Jeff Bezos’ phone are absurd,” the Saudi embassy said in a tweet. “We call for an investigation on these claims so that we can have all the facts out.” Copyright © 2020, ABC Audio. All rights reserved.

‘Happy Days’ actress Cathy Silvers airlifted to hospital for broken leg
For Bernie Sanders, radical views once extended to theories on what causes cancer
Bette Midler to appear at GLAAD Media Awards for first time ever
Star Elisabeth Moss says ‘The Invisible Man’ is for all the “invisible” women out there
As he leads coronavirus response, Pence criticized for handling of HIV outbreak while Indiana’s governor
Teacher dressed up as a black leader every day for Black History Month