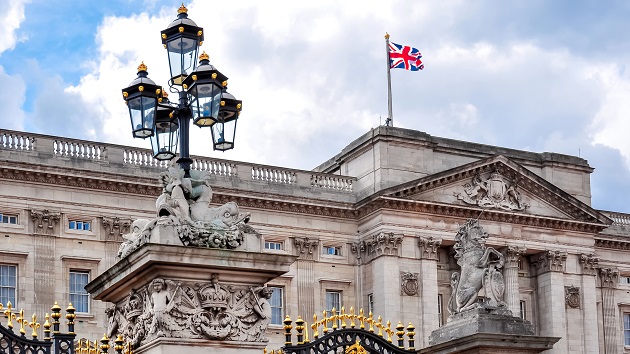 (LOS ANGELES) –For those dying to see what could possibly be going on behind the scenes for the Royal Family are in luck.  Family Guy producer Gary Janetti is launching a new animated satirical comedy about them, which has been ordered by streamer HBO Max.

The series, simply entitled The Prince, was inspired by Janetti’s Instagram that parodies what six-year-old Prince George could possibly be thinking about current events, from the critically panned CATS movie to “spilling tea” on #Megxit.

Playing George will be Janetti himself.  As for the rest of the cast, the series already picked up several A-listers.  According to Deadline, Orlando Bloom will play the embattled Prince Harry, who recently stepped away from his royal duties last week.

Playing opposite of Bloom will be Billions actress Condola Rashad, voicing the Duke of Sussex’s wife Meghan Markle.

Janetti revealed the upcoming project on Instagram on Tuesday by posting a promotional image of The Prince while writing a succinct, “George is pleased.”  The announcement drew immediate response from celebrities such as Elizabeth Banks and Kelly Ripa, who applauded the news.

In response to Ripa, Janetti hilariously retorted, “George wants to cohost when Ryan’s on vacation.”

It hasn’t been announced when The Prince will be available for streaming on HBO Max.

“I got my a** kicked for speaking up”: Katherine Heigl supports union by revisiting controversial comments
Traveling over the holidays? Experts say take advantage of vouchers and lack of change fees
‘Moulin Rouge! The Musical’ ﻿and ﻿’A Christmas Carol’ ﻿win big at 74th annual Tony Awards
‘Shang-Chi and the Legend of the Ten Rings’ dominates box office for fourth straight week
Trump return to White House ‘would be a disaster’ for US intelligence: Former DHS whistleblower
The push for electric vehicles may be killing sedans for good: Experts