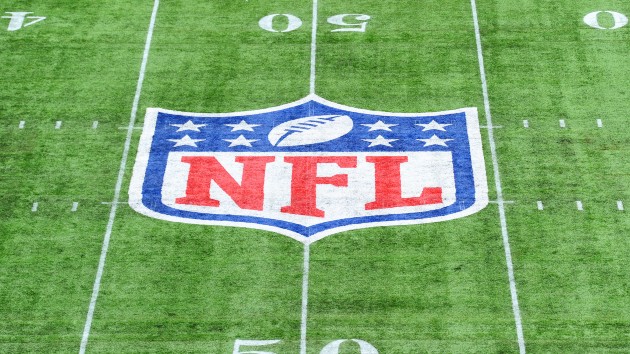 (NEW YORK) — The NFL unveiled a public service announcement on Wednesday centered around the story of Botham Jean, an unarmed black man who was fatally shot in his own home by an off-duty police officer. The 26-year-old St. Lucia native was killed on Sept. 6., 2018 in Dallas when Amber Guyger entered his apartment, mistaking it for her own one floor below, and fired a fatal shot at Jean. He was eating ice cream when he was killed. The PSA released by the NFL is narrated by Jean’s mother, Allison Jean, his sister, Alissa Findley, and also features his father, Bertram Jean. It is the latest move that the league has taken as part of its “Inspire Change” initiative, which was launched in January 2019. Pictures of Botham growing up flash across the screen as his family members share memories of him and a message about racial justice, unity and forgiveness.”The launch serves as the third PSA of The Responsibility Program, a joint initiative between Roc Nation and the NFL to unveil PSAs that raise awareness about the need to come together to create change in our communities and respect one another,” according to information provided by the NFL to ABC News. The partnership with hip-hop mogul Jay Z’s record label was announced in August and focuses on music and social justice.”I’m thankful that the NFL created this PSA to honor Botham’s legacy and deliver an important message about empathy and unity,” Findley told ABC News in a statement. “I truly hope that our society learns from Botham’s story — and the stories of many others — so we can make a lasting change in this world. Together, we must all set a better example for future generations and leaders.” “What I hope to see happening is that our black boys are not seen as a threat,” Allison Jean says in the PSA.Guyger, now a former Dallas police officer, was sentenced to 10 years in prison in October and could be eligible for parole in five years — a verdict that appeared to disappoint some of Jean’s family members at the trial. “The color of my skin can be perceived as a weapon and it’s not. What has happened to Botham should not happen to another family,” Findley said. In the PSA, Bertram Jean references an extraordinary moment from the trial when Brandt Jean — the brother of the victim — took the witness stand and spoke directly to Guyger, saying, “I love you like anyone else,” and later hugged her before she was led off to prison, in a remarkable act of mercy.”Why should there be hatred for each other? My young son demonstrated forgiveness. Brandt forgave the one who just killed his brother,” the father said.The PSA concludes with the NFL sponsorship and a link to the Botham Jean Foundation — a nonprofit organization founded by the family.

Amid outrage over a string of police shootings of unarmed black men and the rise of the Black Lives Matter movement, then-San Francisco 49ers quarterback Colin Kaepernick became the first to take a knee during the playing of the national anthem in 2016 to protest racism and police brutality.This sparked a movement and thrust the league into a heated national debate on race and racism in America. A year later, at the height of the protests, a group of NFL players lending their voices to social justice issues — led by now-former NFL player Anquan Boldin and Philadelphia Eagles star Malcolm Jenkins — came together to form the Players Coalition.Amid mounting backlash for the league’s handling of the protests and no team signing Kaepernick since his contract expired in 2016, the NFL launched a social change initiative in January 2019 and has since partnered with the Players Coalition and other organizations to share stories of families who endured tragedies.On Sunday, the NFL aired a TV ad narrated by Boldin, who reflects on the 2015 fatal roadside shooting of his cousin Corey Jones by a police officer and highlights the work of the Players Coalition. The coalition released the first PSA of The Responsibility Program in November and is focused on the same issues that the NFL’s initiative is working on: criminal justice reform, police and community relations and economic and educational advancement.Copyright © 2020, ABC Audio. All rights reserved.