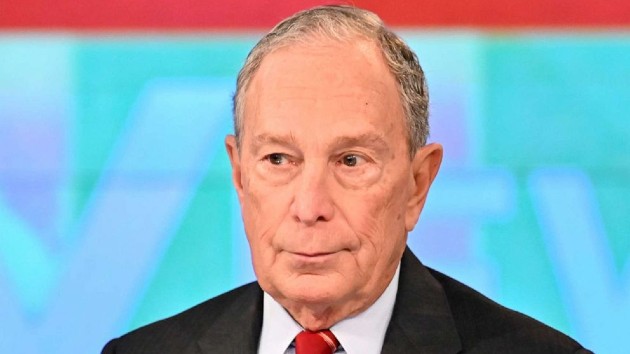 (WASHINGTON) — Mike Bloomberg’s campaign has won the support of a significant voice in the House of Representatives. Rep. Bobby Rush, D-Ill., announced Tuesday evening that he would endorse the former New York City mayor’s bid for the White House. Rush is Bloomberg’s fourth endorsement in a rapidfire slew of congressional endorsements, joining Reps. Harley Rouda, D-Calif., Stephanie Murphy, D-Fla., and Max Rose, D-N.Y. Rush, however, carries special clout as a prominent figure among the African American community, a member of the Congressional Black Caucus, and a longtime civil rights activist. He was also a co-founder of the Black Panthers movement in Illinois in the 1960s. Rush is the first African American House member to endorse Bloomberg.He previously endorsed and supported Sen. Kamala Harris, D-Calif., prior to her exit from the Democratic primary. Rush was an early endorsement for then-freshman Sen. Barack Obama during the 2008 election.The endorsement comes on the heels of a speech Bloomberg gave on the eve of Martin Luther King Day in Tulsa, Oklahoma, on racial wealth disparities — highlighting the Greenwood neighborhood riots that ravaged an affluent black community in 1921. Moreover, Bloomberg acknowledged his own white privilege and said he would likely not be in the position he is in if he were black.”Mike gets it, he instinctively understands that economic opportunity — economic equity — has been and for far too long, ignored for African-Americans,” Rush said in a statement. “He alone, among the current Democratic candidates, has been the clearest, the most focused, and the most reasonable voice for addressing the depressed state of the African-American economy. His Greenwood Initiative is not only inspirational, it’s practical and it’s doable.” Bloomberg’s hopes for the Democratic nomination intertwine with past struggles on the issue of race. He kicked off his campaign with an apology for discriminatory stop-and-frisk policing when he was mayor of New York City and has continued efforts to build trust and support in black and brown communities.Rush will now serve as a national co-chair for the Bloomberg campaign, and advise on “a number of key political and policy issues,” the campaign said in announcing Rush’s endorsement. Bloomberg thanked Rush for his endorsement, calling him a “force for change.” “Congressman Bobby Rush has dedicated his life to building a more open, inclusive, equitable, just and prosperous America,” Bloomberg said in a statement. “I’m honored to have his support — and as our campaign continues to build momentum, we will benefit from the wisdom and advice he will offer.” Copyright © 2020, ABC Audio. All rights reserved.