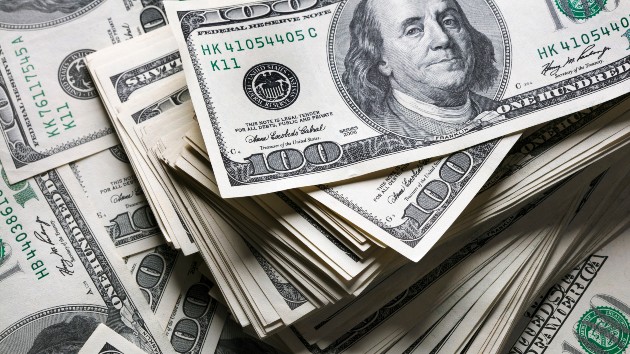 (NEW YORK) — Anthony and Jhanilka Hartzog paid off a debt of $114,151 in two years. When the couple realized they were in over their heads with their finances, they set a goal at the start of 2017 to pay off their debt by Jhanilka Hartzog’s 30th birthday. They got to work by first calculating all their expenses and making a realistic budget that accounted for everything.”There is a restaurant budget. There’s our entertainment budget. There’s a transportation budget,” said Jhanilka Hartzog. “The dog has like $150 a month. He has to have his own budget.”And instead of just reining in their spending, the Hartzogs also put themselves to work to supplement their incomes from their regular, 9-to-5 jobs. Jhanilka Hartzog, 31, is a licensed mental health counselor and Anthony Hartzog, 33, works as a director for a New York-based IT firm. “We increased our income as much as we can,” said Anthony Hartzog, who, along with this wife, took on an extra job at their local gym. “It’s like, well, I’m getting a free gym membership at a high-end gym. I’m getting paid to be here.”The couple also turned to apps to take on extra side hustles and bring in extra cash. They started working for Turo, a peer-to-peer car rental service, and Rover, a dog-sitting company. “Since I work from home, it was just easy,” Jhanilka Hartzog said of the dog-sitting tasks. “And our dog was pretty shy around other dogs, so it made him more comfortable.”The couple also started their own cleaning service to make extra money. By December 2018, 23 months after they started and the same month as Jhanilka Hartzog’s 30th birthday, the couple had paid off their $114,151 debt. Now that they are debt-free, the Hartzogs were able to purchase a new car and pay it off in one year. They are also taking advantage of their love for travel, planning trips this year to Greece, Morocco and Brazil.