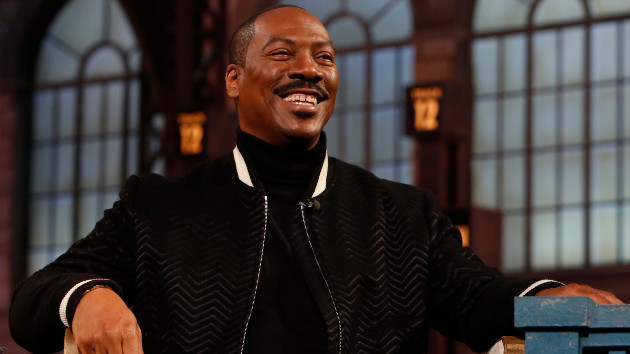 (LOS ANGELES) — It’s a good thing Eddie Murphy decided to forge his own path early on in his career, because according to the legendary comedian, he received some pretty “bad advice” when he first started out.

In a new feature with W Magazine, Murphy reveals that the worst advice he’s ever received was from late comic legend Rodney Dangerfield.

“In the early days, I don’t remember getting any good advice. I remember some bad advice I got years ago,” Murphy recalls. “I played the Comic Strip in Fort Lauderdale, and I was maybe 17, 18 years old. And Rodney Dangerfield comes in, he bumps everybody. It was like, ‘Dangerfield is here. Dangerfield’s going up.'”

“I was really full of myself back then,” he continues. “So I would say, ‘Mr. Dangerfield, after the show, will you watch my set?’ And he was like, ‘Yeah, yeah, sure kid.’ “

Murphy then explains what Dangerfield witnessed.

“Back then, I was really dirty and did edgy, racial stuff,” Murphy says. “And so, afterward, Dangerfield sees me and he’s like, ‘Hey, kid, I don’t know where you’re gonna go with that, you know? The language, and the race stuff,’ and I was crestfallen.”

However, according to Murphy, Dangerfield’s criticism didn’t quite inspire him to switch up his comedy style.

“Cut to two, three years later, I got on Saturday Night Live, and had gotten really successful,” he says. “And I was in Vegas in the bathroom at Caesars Palace. I was at the urinal, and Rodney Dangerfield comes to the urinal right next to me. And I look over, and he looks at me and says, ‘Hey, who knew?'”

It’s safe to say Murphy’s still doing pretty well, with a number of film projects and a comedy special lined up.

Recovery mission underway for couple who vanished at vacation cottage
Bethenny Frankel returns to television with new HBO Max series “The Big Shot with Bethenny”
Warren discusses fiery Nevada debate on “The View”
Former Rep. Katie Hill breaks silence months after resigning from Congress: ‘I made the right call’
Here are the five takeaways from the fiery Las Vegas debate
Storm system brings threat for floods and snow to the South