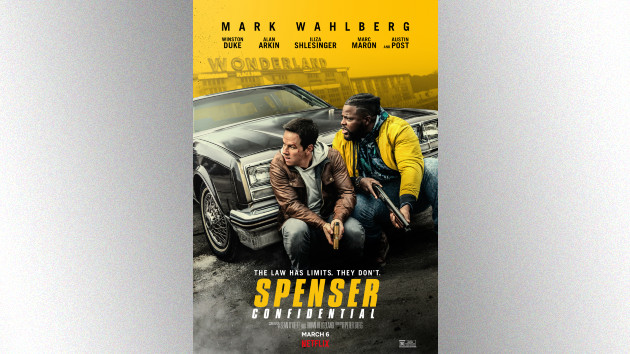 (LOS ANGELES) — In the ’80s, an ABC series called Spenser: For Hire — based on Robert P. Parker’s bestselling detective novels — was a popular crime drama.  It starred the late Robert Urich as Boston private eye Spenser and Avery Brooks as his friend and enforcer, Hawk. Now, Netflix has reimagined the series as an action comedy called Spenser Confidential, streaming March 6.

The new version stars Mark Wahlberg as Spenser and Black Panther’s Winston Duke as Hawk, but the characters and the relationship between the two men are very different.  In this version, Spenser’s an ex-cop who’s sent to prison after being framed by the bad guys he was investigating. When he gets out, his old boxing coach, Henry, played by Alan Arkin, introduces him to Hawk, a promising MMA fighter played by Duke.  Spenser and Hawk then team up to investigate the murder of two of Spenser’s former colleagues.

The movie’s inspired by the novel Wonderland by Ace Atkins, who took over writing the Spenser book series after Parker died in 2010.